Woken not by terrible news but by the Hound, who confused the fingers of light reaching through the curtains with walkies time. Couldn't get back to sleep so took him for a run around the waterfront.

Six am on a Sunday isn't a time I'm overly familiar with but it was glorious; the only other lunatics saluting the sun at that hour were a few other joggers and dog walkers so we pretty much had the route to ourselves. And it energised me to finish the UK dance feature on last night's Genee finals that's going to print this week. Deadline, met.

Last night, in case you were wondering, was lovely: even the Animator, who is to dance what Joan Rivers is to natural beauty, enjoyed the spectacle. He had to rush back to work before the end, while I spent a pleasant hour chasing the winners and judges for a few quotes at the cocktail function.

But the late night and early start is taking its toll; the rest of the day will be filled in with domestic drudgery, seafood curry, a glass of red and this DVD which the Sunday Star Times film reviewer today named as one of her movies of 2012. We shall see...

Today's pic is of the Genee semi-final. Who'd have thought that impossibly tall and skinny teenagers could prove so entertaining? 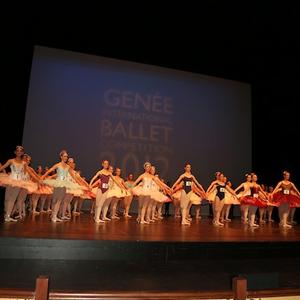