The one where Bristol is head-butted by a lamb

Is it to the far reaches of the Wairarapa that you must go to find Te Parae, a 100-year-old homestead where history lurks in every shadow and where the current custodians, the fourth generation of the founding family, have turned it into a wedding and event venue to ensure it earns its keep.

While I interviewed Angela, the great granddaughter of the founder, for NZ Life & Leisure Magazine, the Animator and Bristol wandered at will around the lake and paddocks of the 100 acre block. The best bit was the menagerie that the former vet nurse has gathered around her - including the race horses she breeds, five dogs (a rescue greyhound, three black labs and a grumpy retired farm dog), the giant pig that turned up the back door, startling me, a rooster and, joy of joys, a month-old lamb found in a ditch with his mother nowhere in sight.

For reasons known only to herself, Angela has given this tiny bundle of joy the extraordinarily extravagant name Hector Rodriguez and he ADORED Bristol, following him around and gently head-butting him when he wanted to play. I'm not sure what the Wonderdog thought of Hector - or the other animals - but it's probably the most excitement he has ever had.

(Warning: excessive lamb photos follow. But I make no apologies. Hector Rodriguez was the cutest thing I have seen for a long time and it took every fibre of my being not to chuck him in the car when we left). 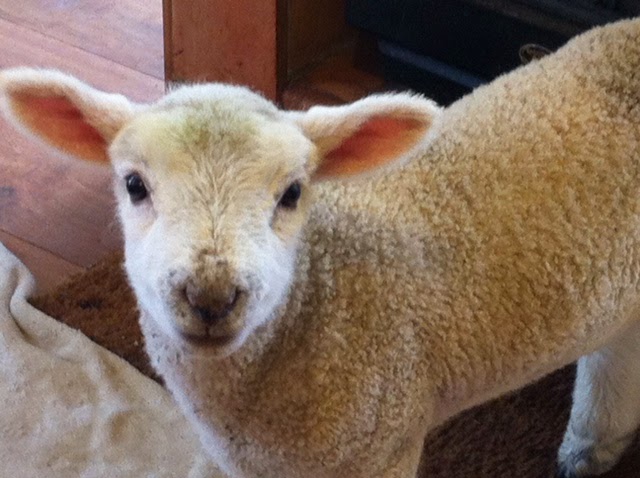 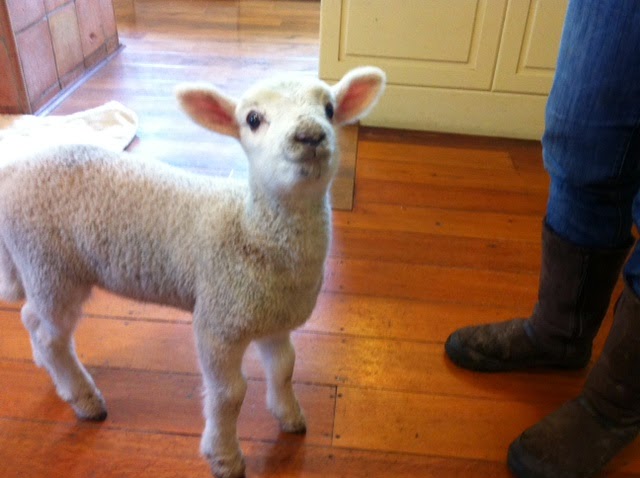 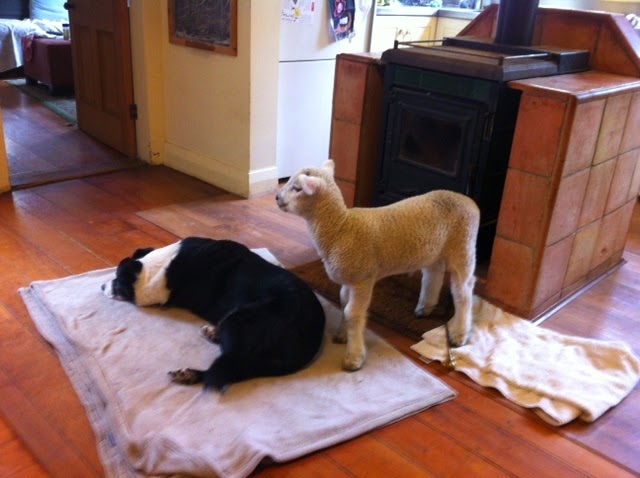 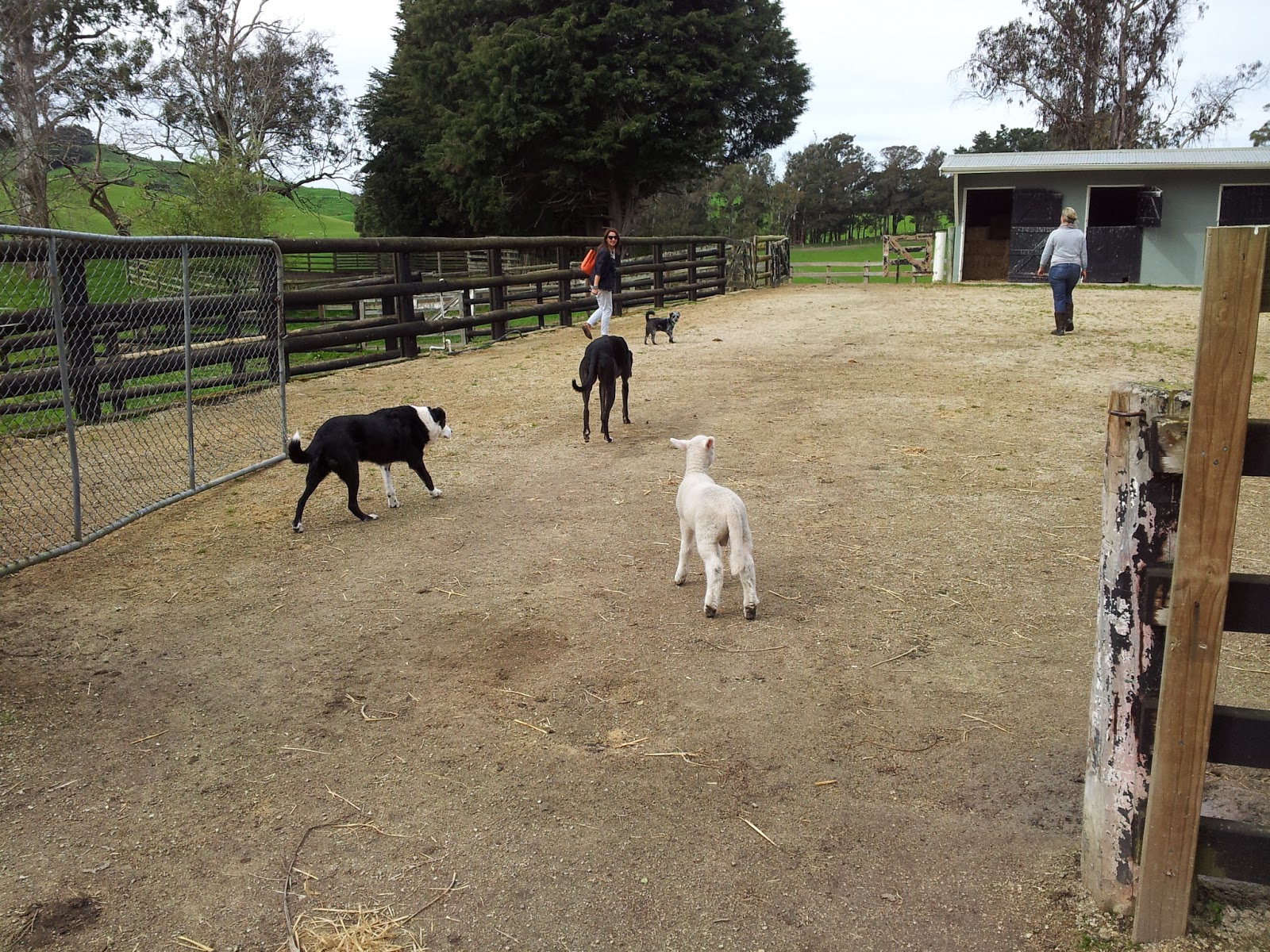 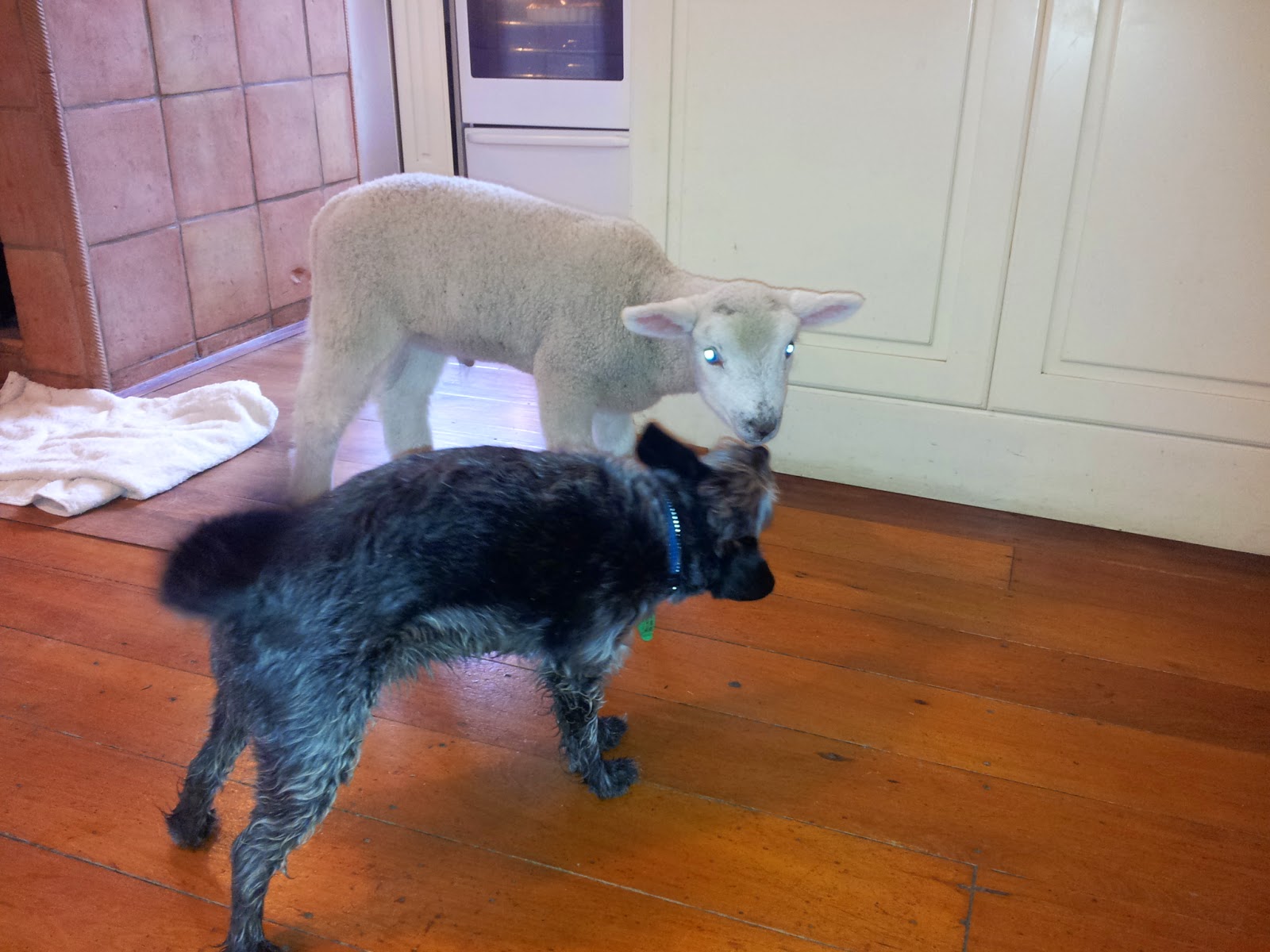 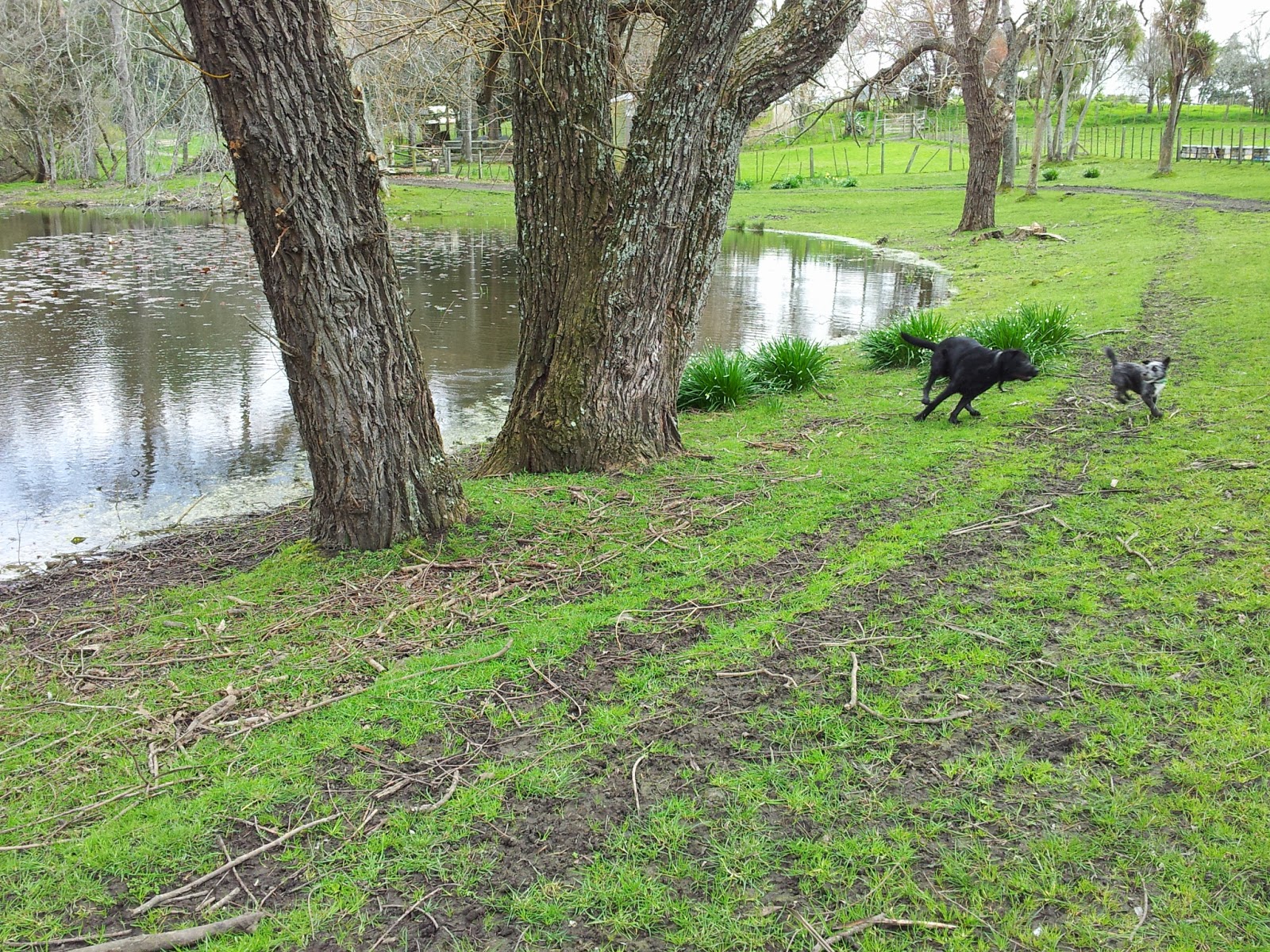 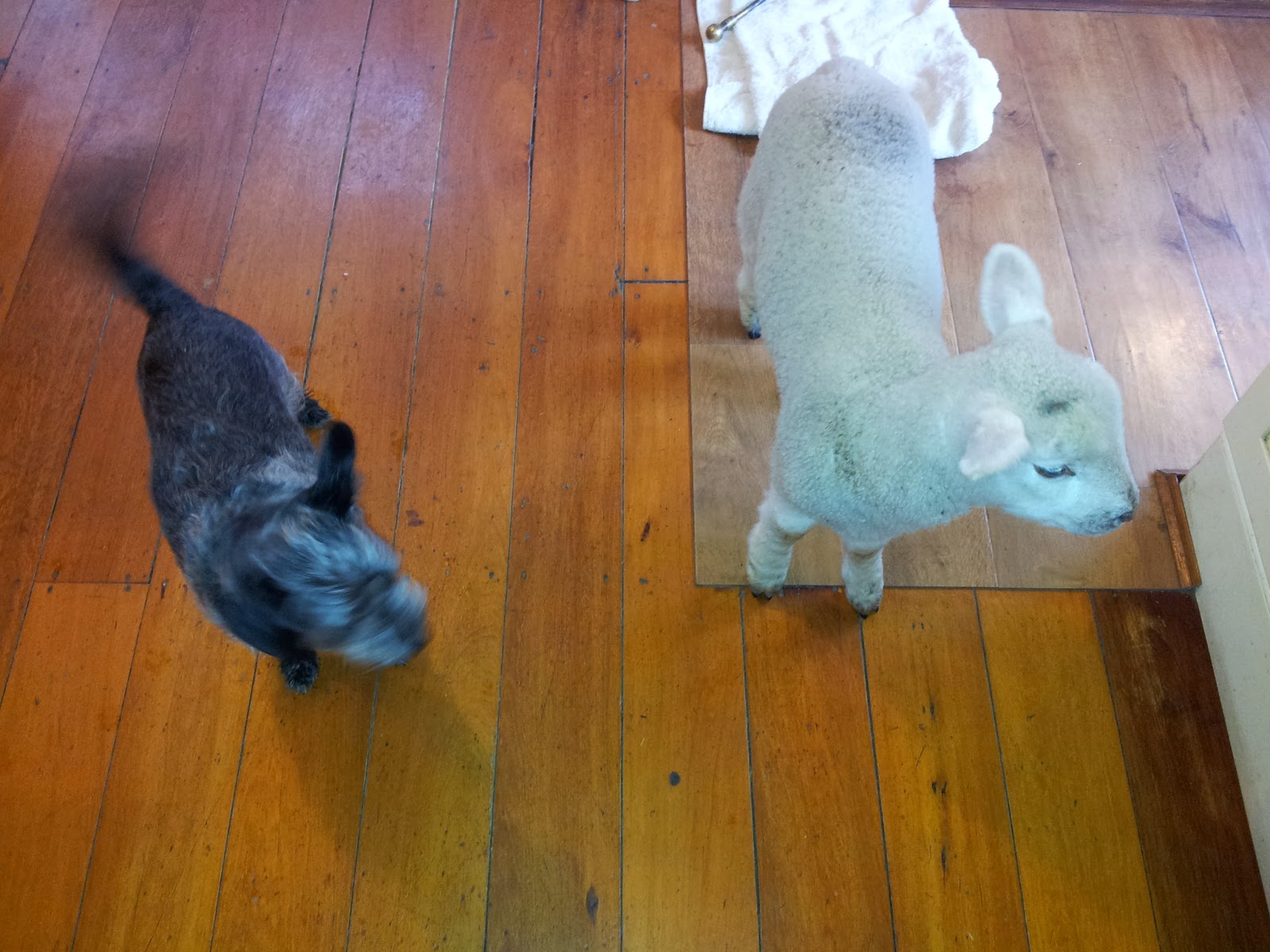 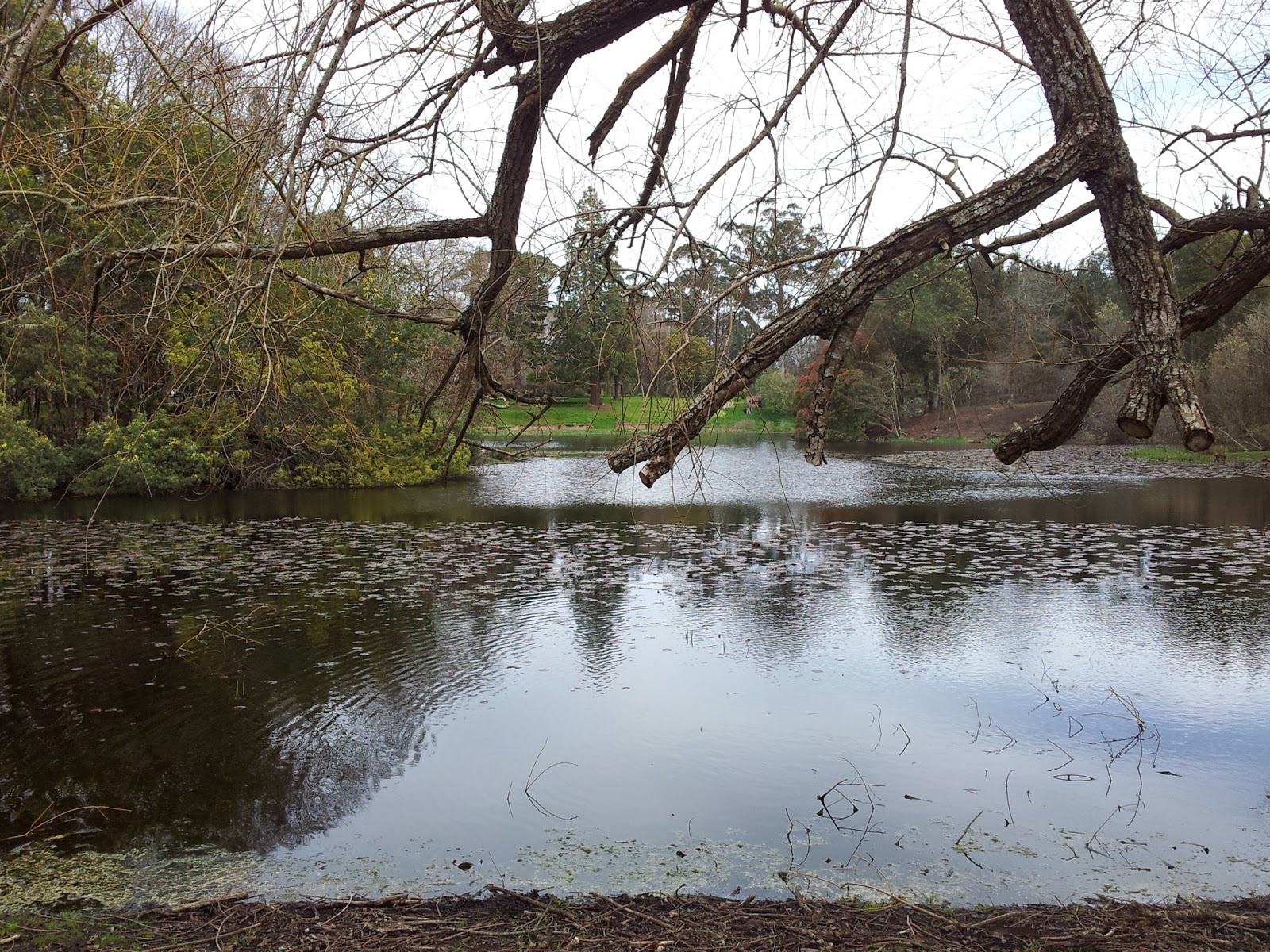 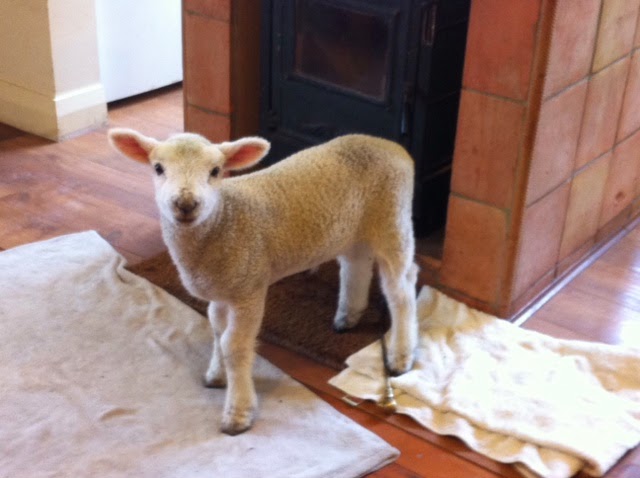 After a fabulous lunch whipped up by the former Leiths Cooking School graduate, we reluctantly said goodbye to Hector and drove half an hour or so down the road to Greytown where I interviewed the owner of this lovely villa for another house and garden magazine. 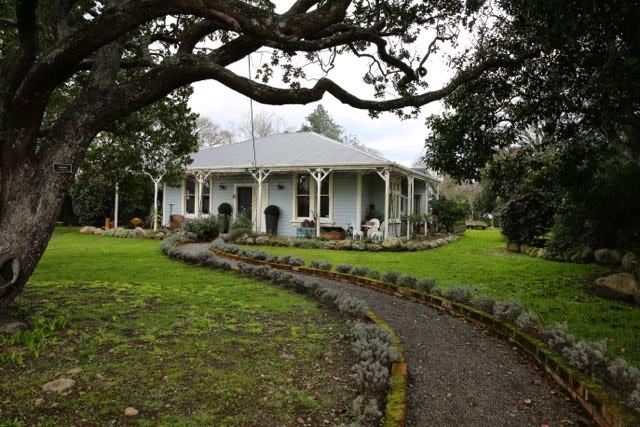 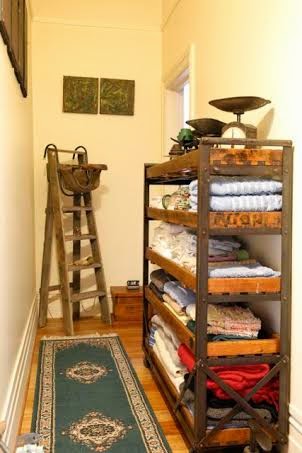 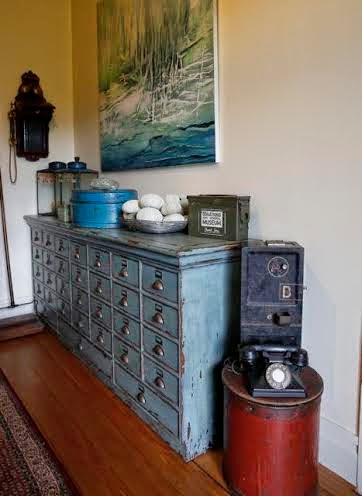 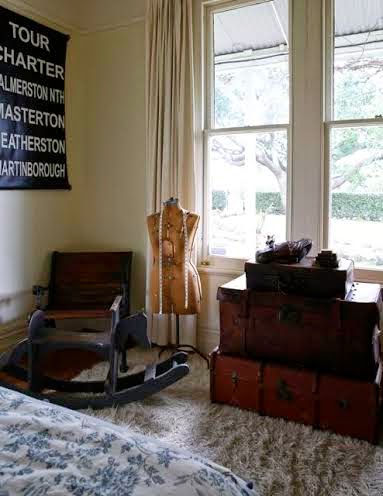 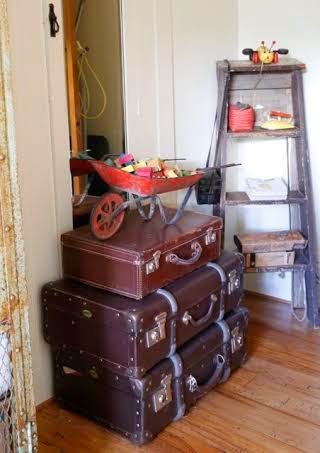 We were all pretty shattered on the drive home over the winding Rimutakas, especially Bristol who, I think, is still in shock after his encounter with Hector Rodriguez. Happy Days.
Posted by Sharon Stephenson at 11:09