He's a veteran Kiwi broadcaster/journo, with a razor sharp mind and a touch of his native Northern Irish brogue resting under his tongue. When I was growing up, Brian Edwards was a bit of a hero of mine, so it was with great pleasure that I got to work with him in the late  90 when I was a publicist for a Welly TV production company and he was the presenter of an arts programme.

A few months ago, I caught up with him again when I interviewed him and his son Olly for a story for the August issue of North & South Magazine (click here to read). 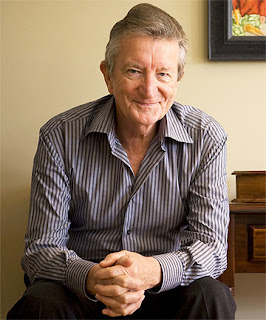