Goodbye to the Vespa 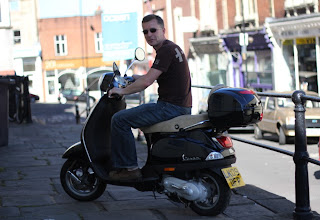 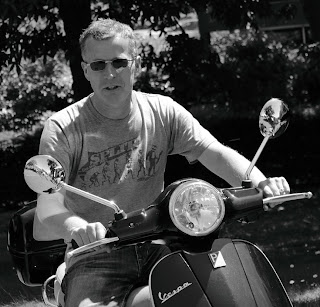 The Vespa came into my life by stealth.

While I was still in NZ, disentangling us from our lives, Husband phoned to say he was tired of riding two buses to work and was going to buy a black Vespa. A prospect that appealed to me about as much as wearing jandals in the middle of winter.

But spouse had spied a window – and disapproving Wifey was, after all, 12,000 miles away – so he jumped through it as fast as his Size 8-1/2s could carry him.

Sadly, expecting the worst is a reflex over which I have little more control than sneezing and since the Vespa inveigled its way into my life, I've spent far too much time wondering when a policeman is going to knock on my door to tell me he's scraped Husband off the road.

I'm not such a Nana that I don't think the sleek black hunk of metal isn't sexy. But, let's be honest, it's more suited to some Italian hottie zipping around the Colosseum than it is to an ageing Kiwi bloke wearing a reflective vest and tangling with the M4 at rush-hour.

In a few days, the Vespa is about to exit stage left as we reintroduce ourselves to four wheels. Husband is suitably sad, but I'm quietly thankful that both he and his toy remained in one piece.
Posted by Sharon Stephenson at 07:32