Apologies for the tardiness in posting - blame the technical challenge of trying to find WiFi in the desert, along with zero time to catch my breath.

It's been a whirlwind week in Oman - am going to have to play catch-up with pics (including the night spent on a luxury yacht (Thursday) and the group of Aussie travel agents I hooked up with on the yacht and at yesterday's cooking class.

In the meantime, here are some visuals of one of the best things I did this week (admittedly, there have been so many it's hard to pick) - spending a night in the posh 'tents' at Desert Night Camp in the Wahiba Sands desert - and making friends with these guys. Last time I rode a camel was around Cairo's pyramids, more years ago than I care to remember; it's been far too long between drinks so it was all manner of fun to reacquaint myself with these odd but amazing animals. Even better was the fact that they can be seen wandering along the road, doing their own thing. And I squealed so loudly when I saw the camel in the back of the pick-up truck, I almost caused my driver to veer off the road! Just another interesting sight in this amazing country. 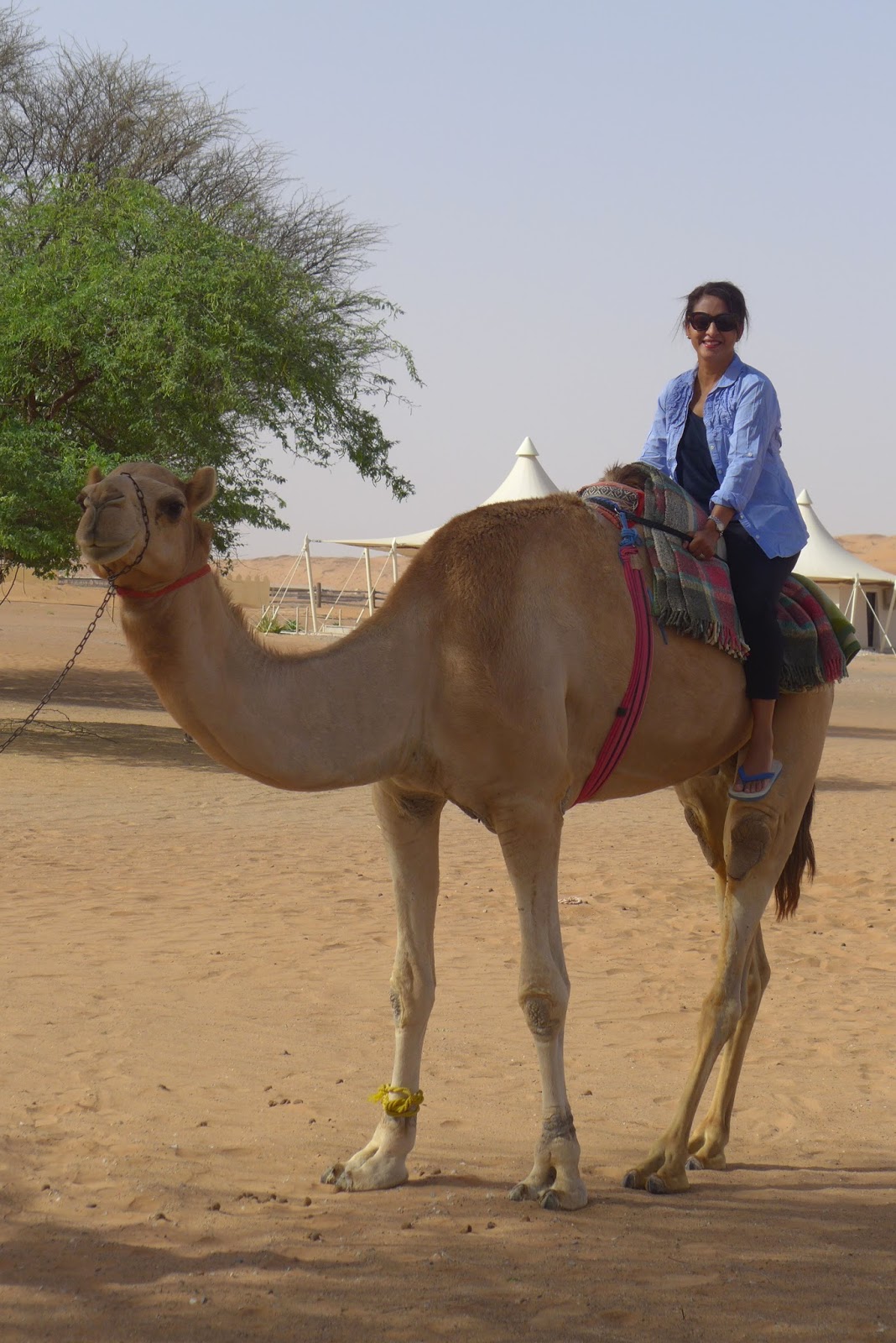 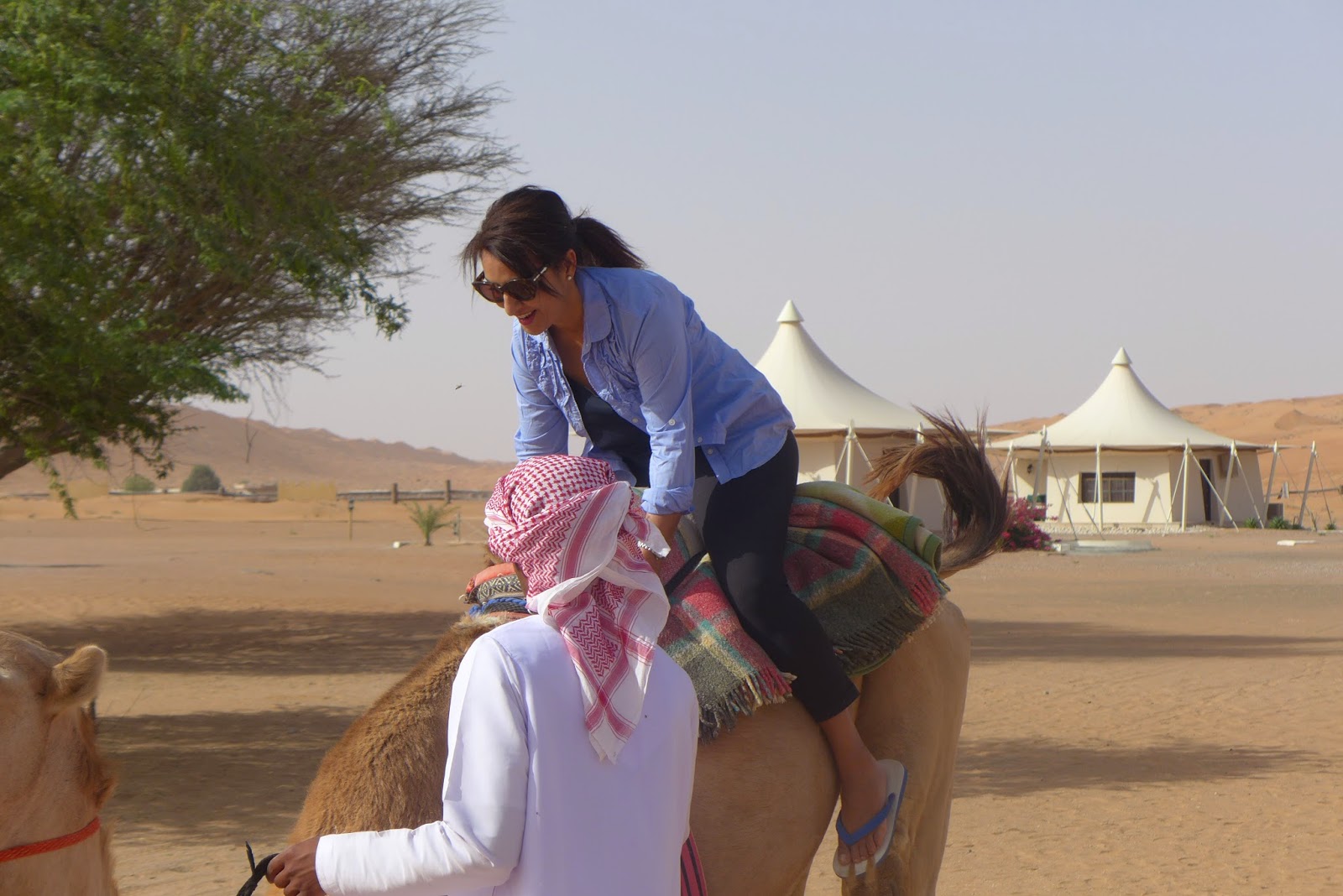 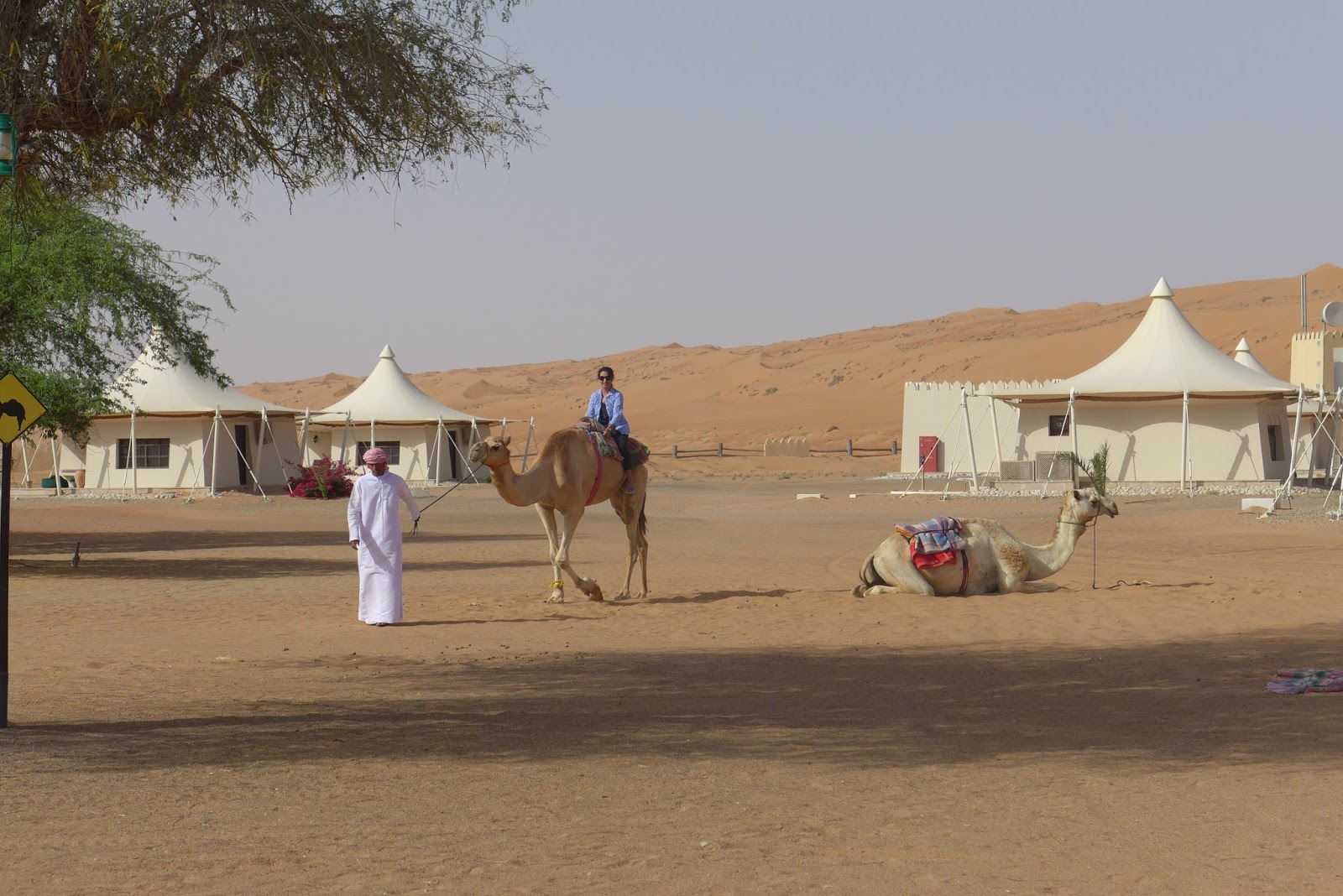 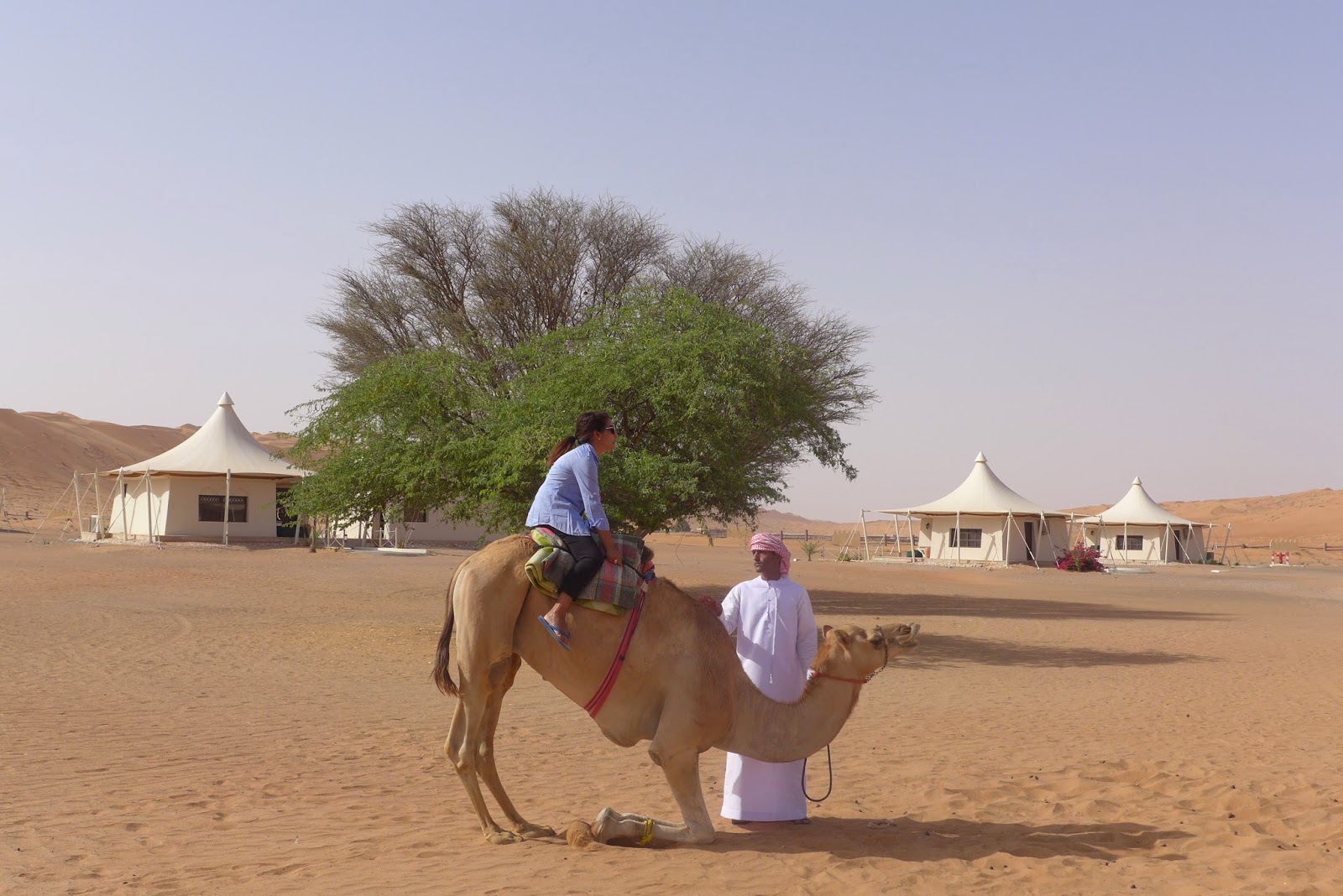 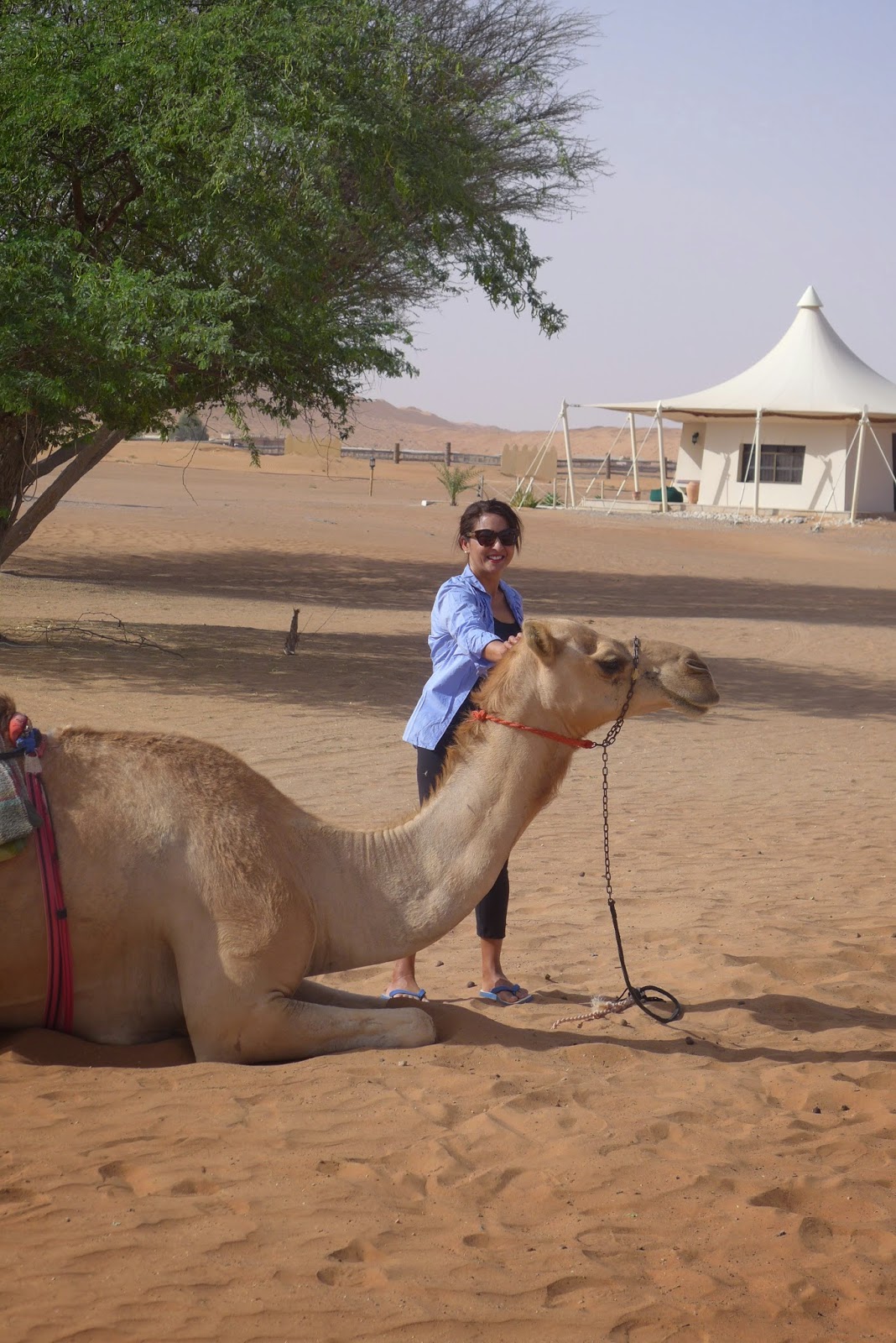 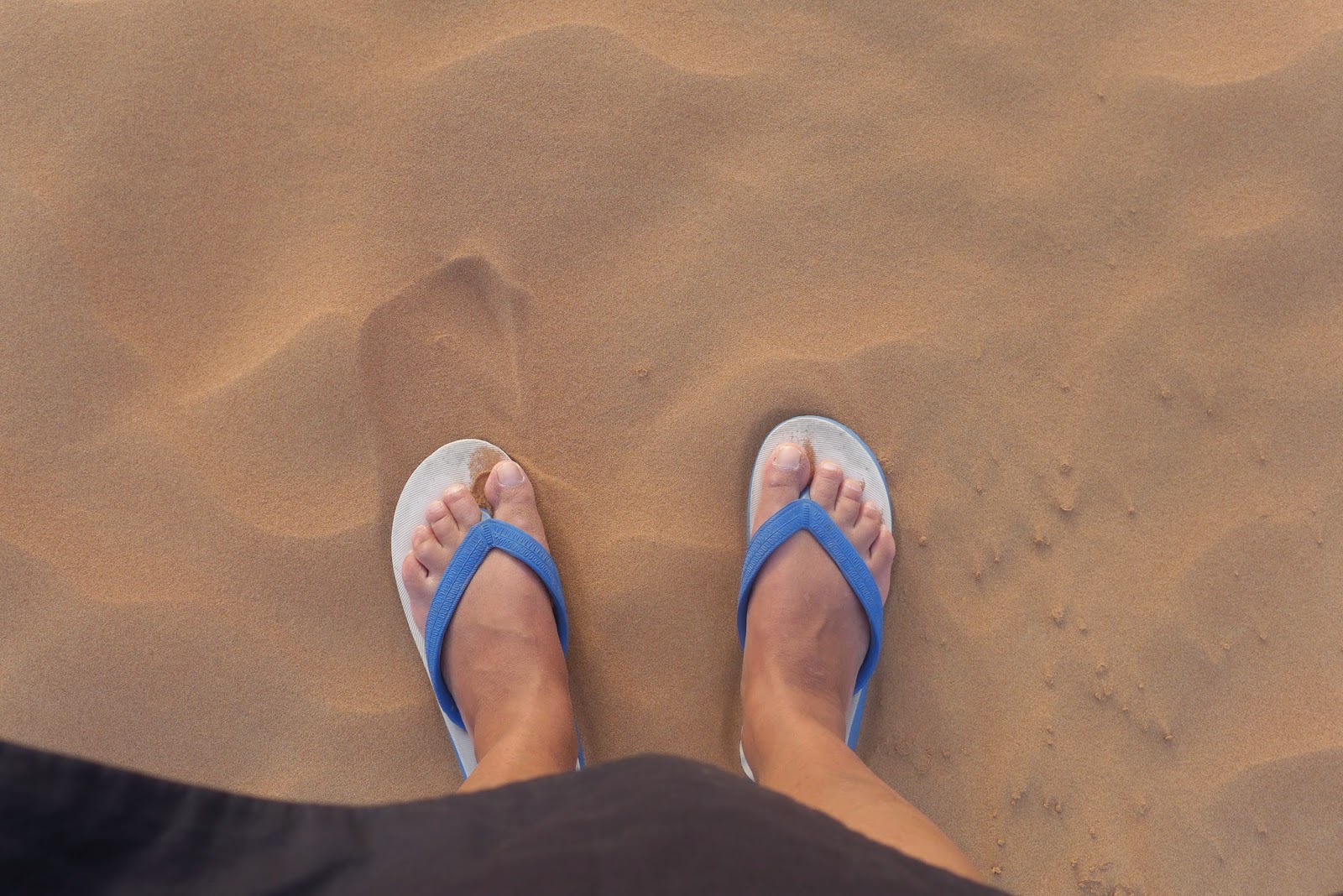 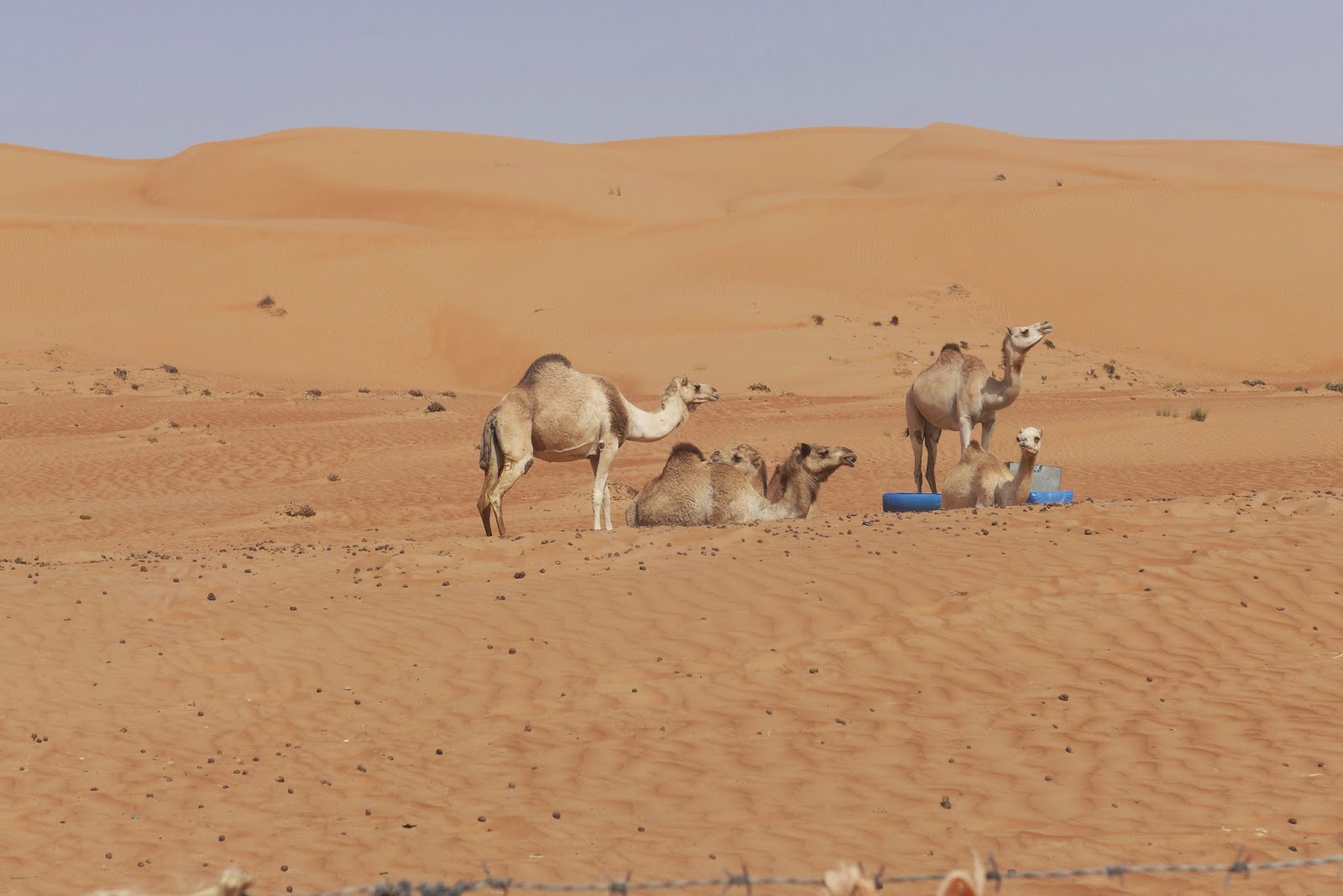 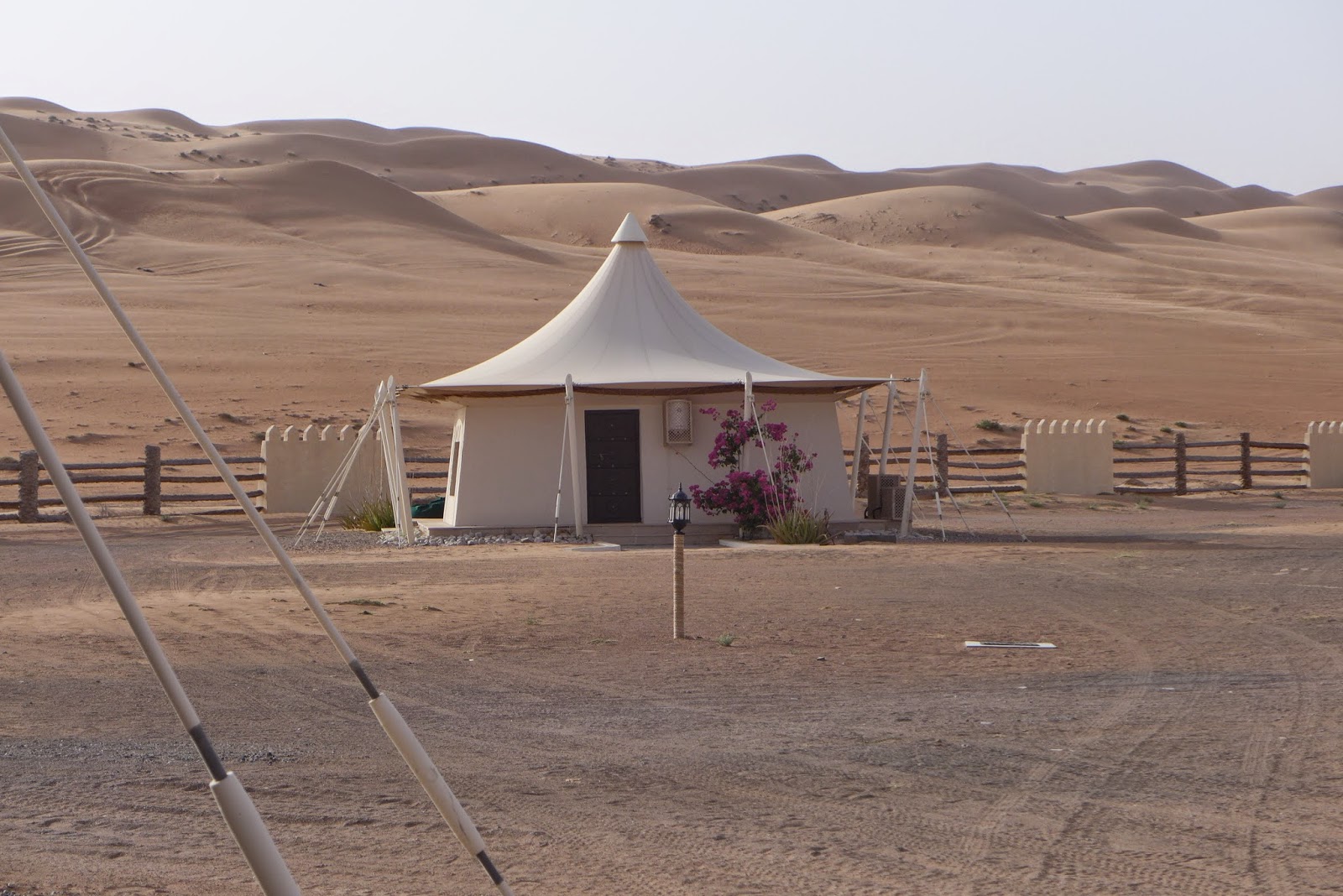 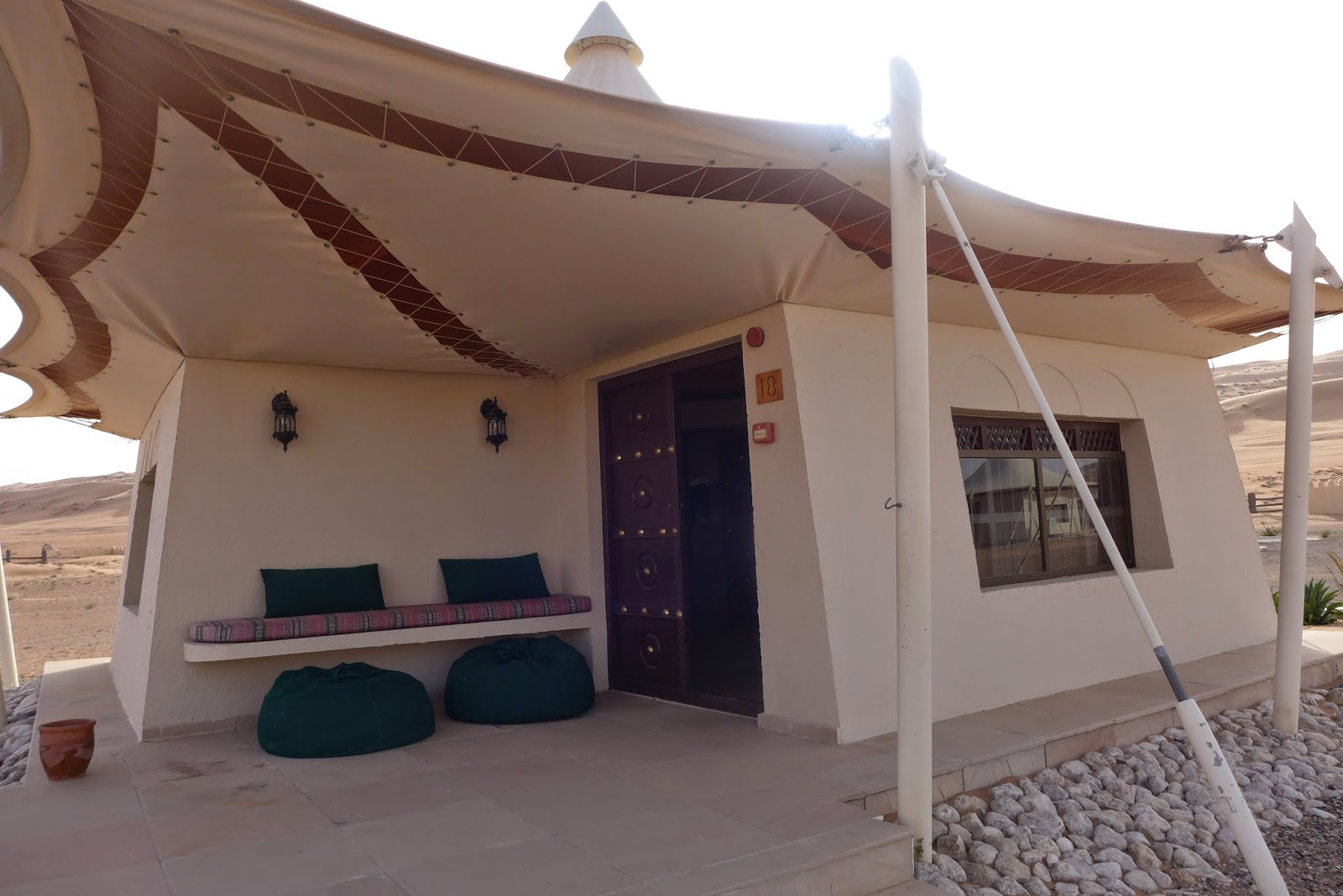 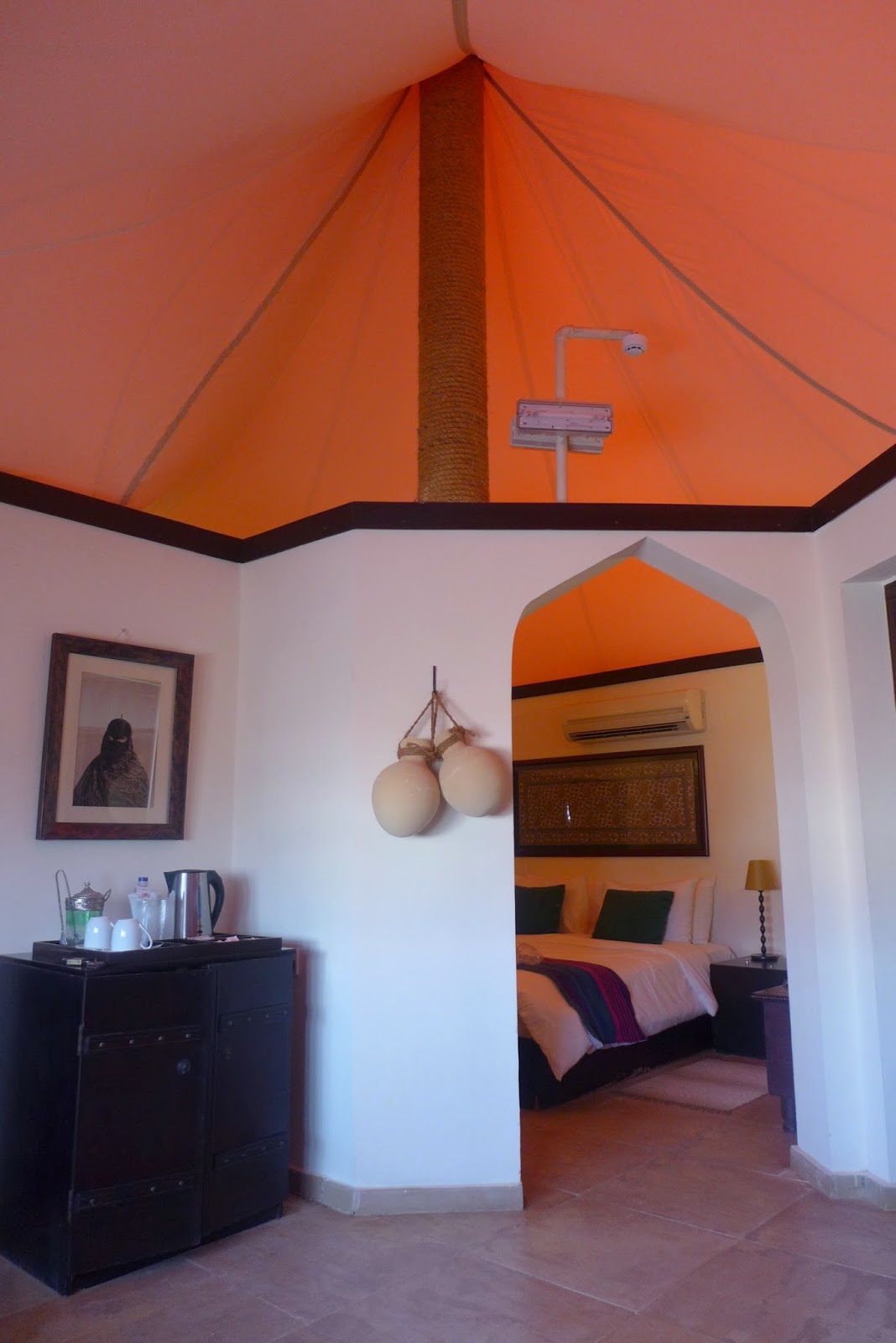 The camp from the hill as we watched the sunset (getting there and back in 4x4s - dune bashing, which was buckets of fun, but left me with a bruise when my arm hit the door). 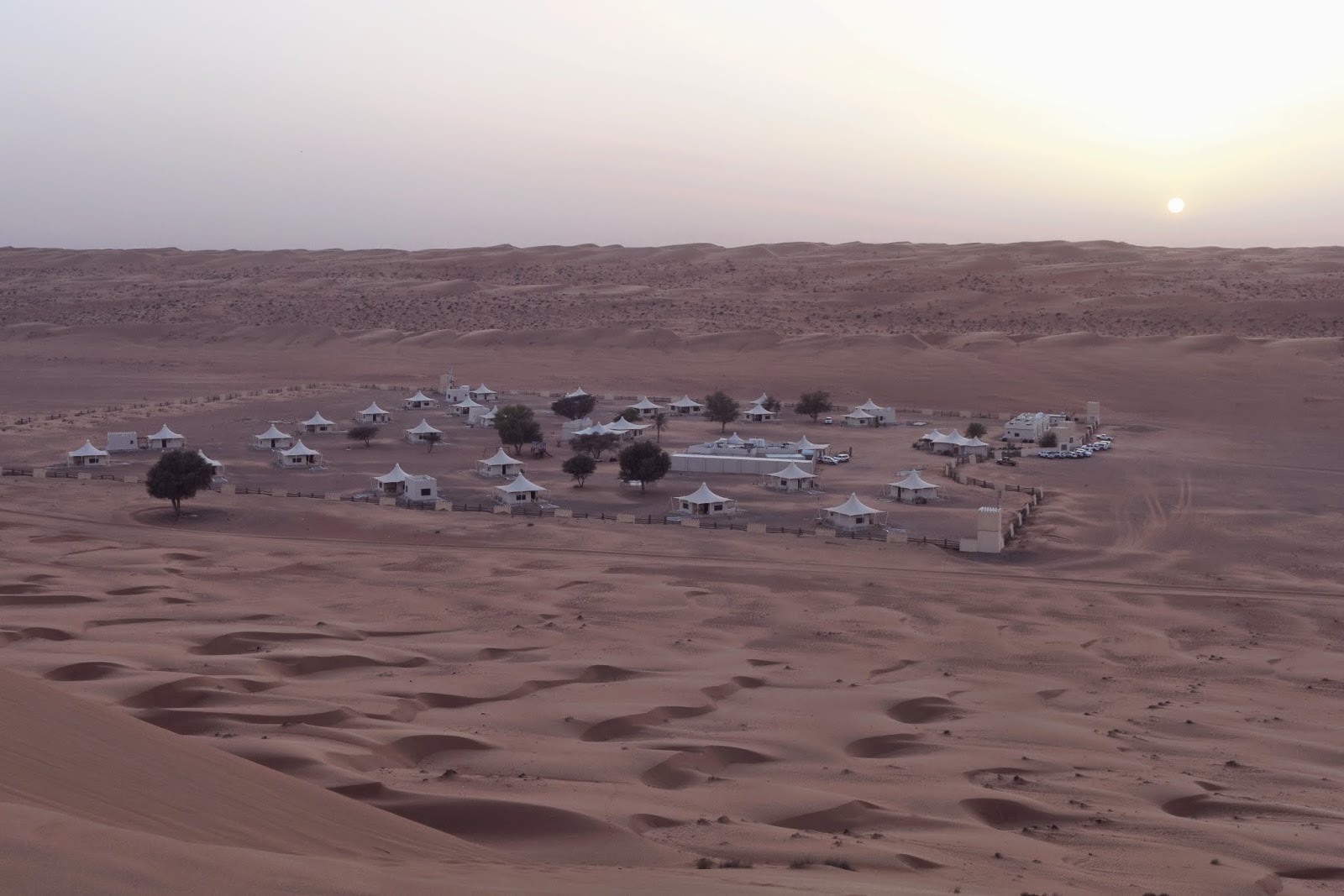 And here's this dude, cruising down the road, as you do... 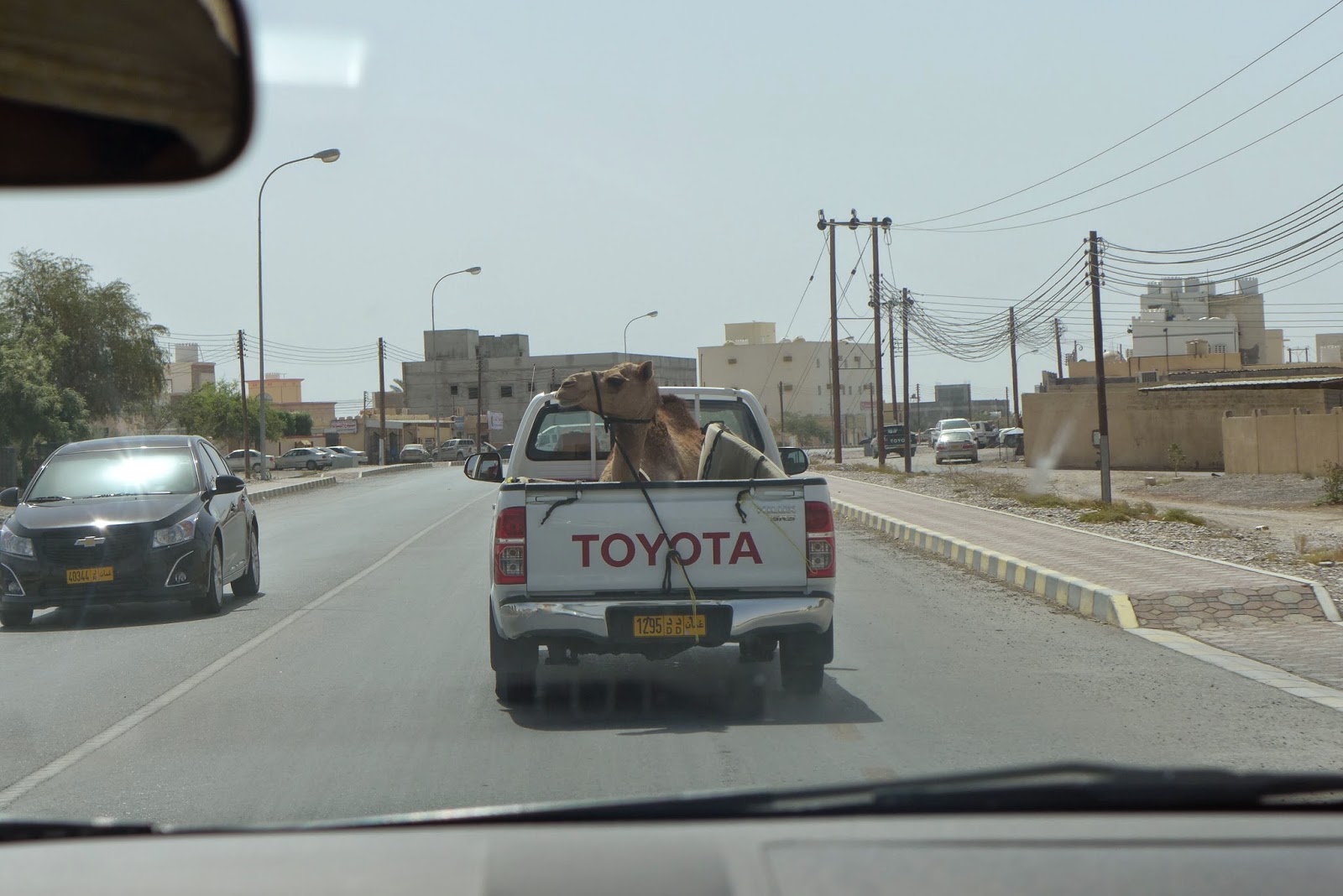 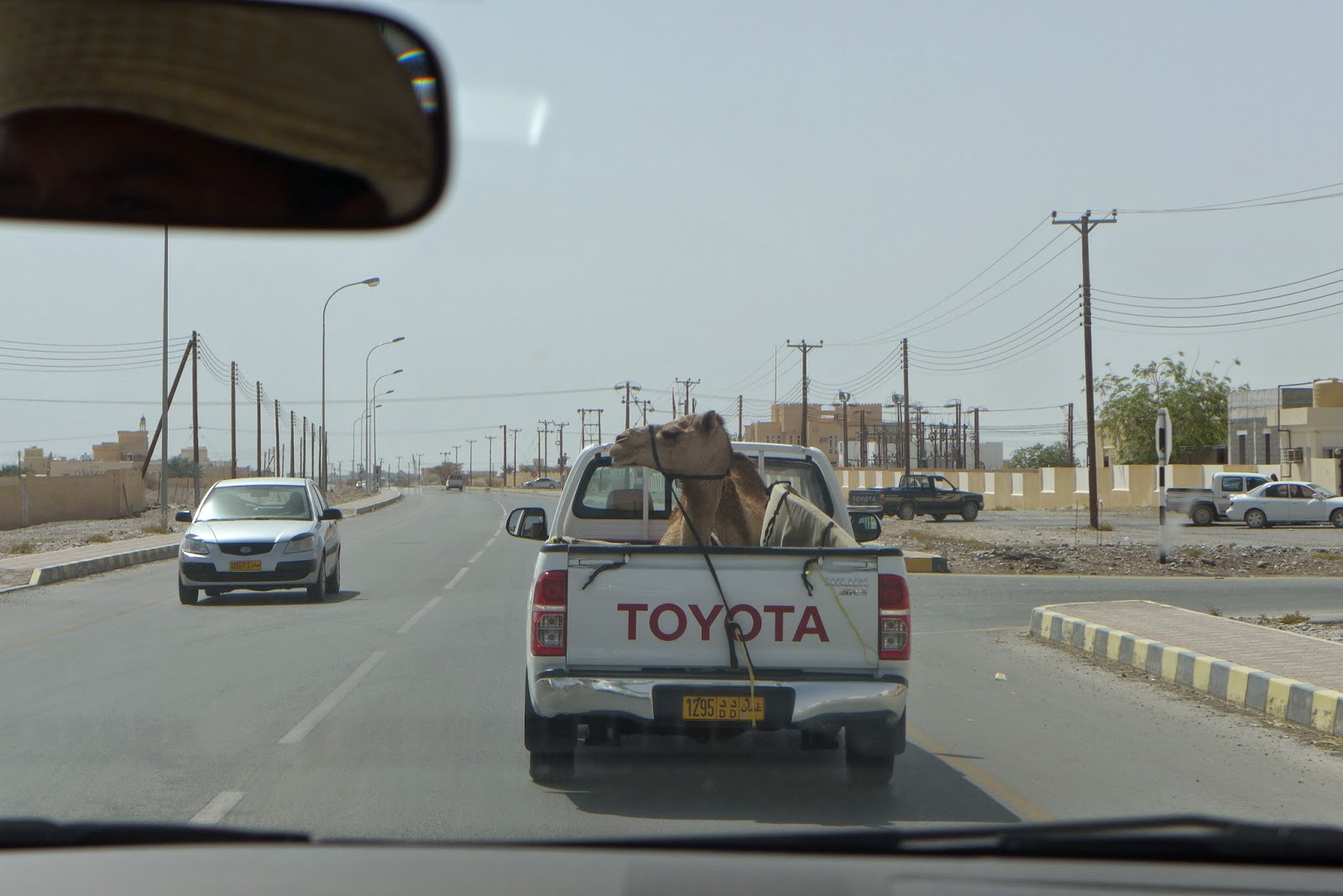 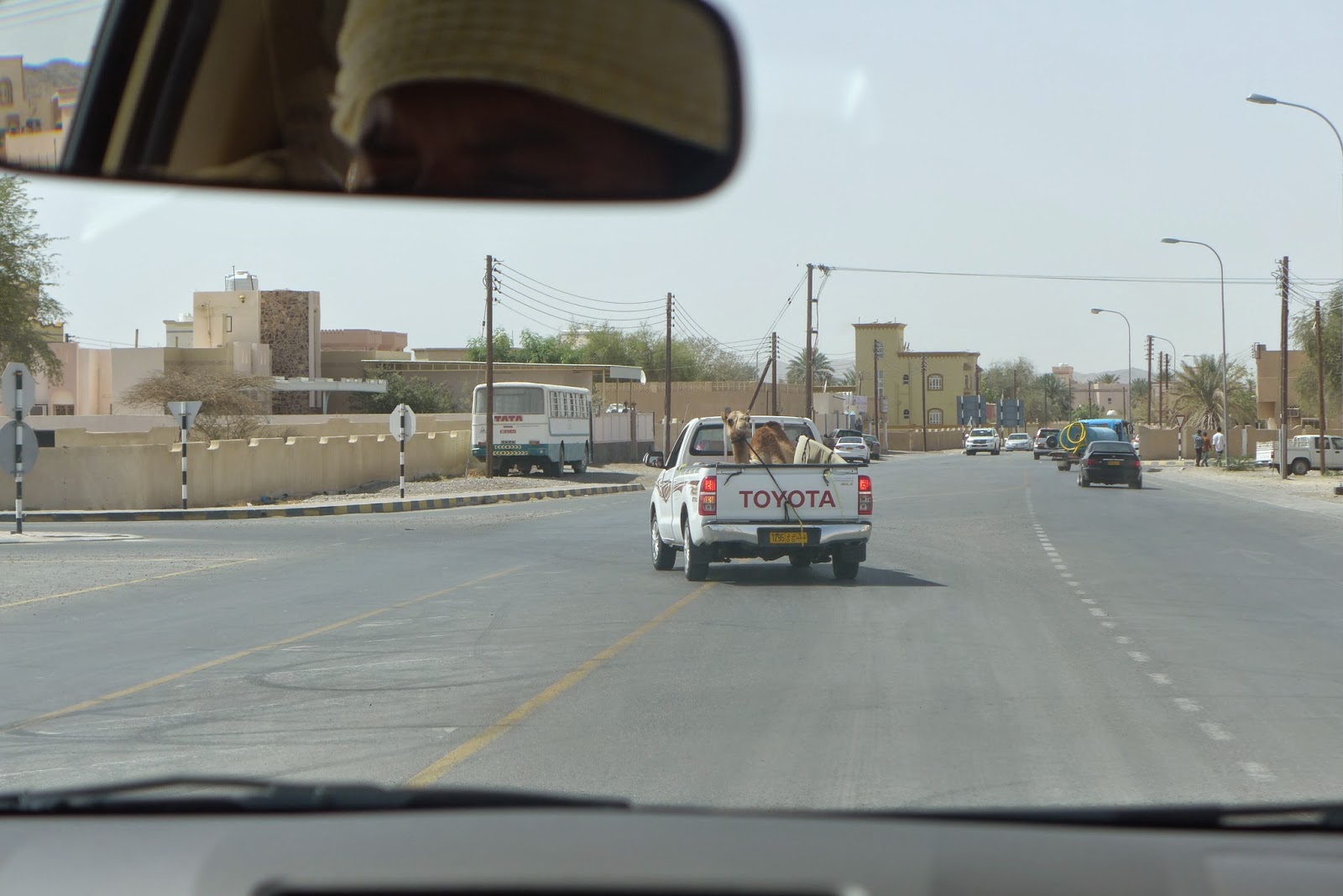 Posted by Sharon Stephenson at 01:17