A few months ago, we bought an apartment in a boutique downtown Wellington hotel (as a rental, not to live in). On Wednesday night we attended our first ever Body Corp meeting.

There was a large crowd, shoe-horned into one of the hotel's conference rooms. Afterwards, there was wine and delicious nibbles, care of the hotel's acclaimed chef, as well as some very nice people to chat to, including a woman who owns an olive-oil grove in the Wairarapa that I interviewed for a food magazine a few years back.

There was some argy bargy with a few owners who'd held apartments for years who were unhappy about their returns, but in general it was an interesting evening and I discovered all sorts of fascinating behind-the-scenes tid-bits about how a hotel is run.

The best thing of all though is that I don't have to do squat until the next meeting rolls around next year. Nice.

Here's some visuals of our apartment. It's not too bad, as it goes... 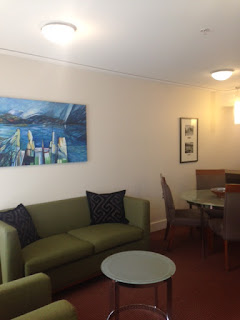 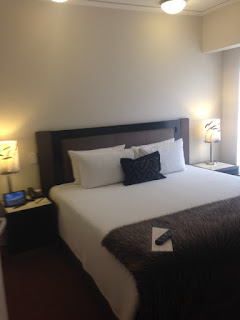 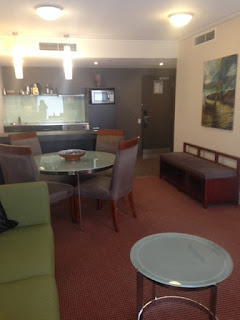 Posted by Sharon Stephenson at 11:02