In the last day or so, I crossed eight time zones, ate six meals, chatted to a famous chef and a member of the Paris Orchestra, broke my rule about not drinking in the air with several glasses of bubbly and flirted with insomnia and its first cousins, madness and irritability.

But I am home, and it was unbelievably good to be greeted by a lovely clean house, fresh flowers (the Animator did well) and this adorable face. I have been fortunate enough to travel to lots and lots of places, and even live in some, but none are as good as this joint. 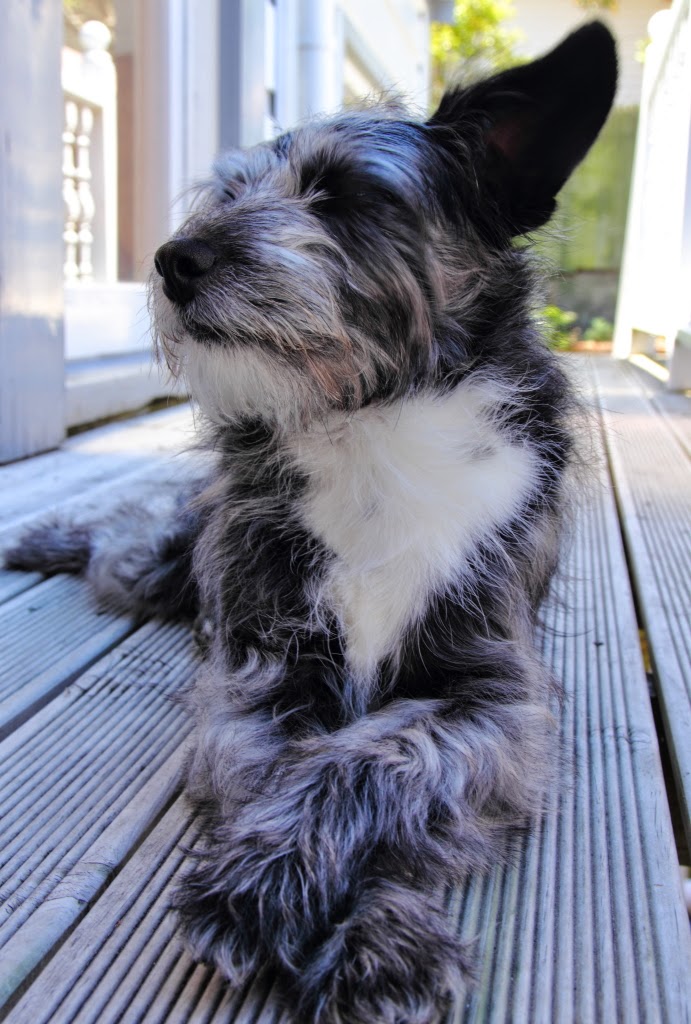 Also, don't let anyone tell you that travelling in the pointy end of the plane makes you immune from jetlag. I am shattered and tempted to curl up in the patch of sunshine coming through the French windows and go to sleep. But there are two loads of washing to be done, a mountain of ironing, invoices and emails to be sent and big-ass lists to be complied detailing which stories from this trip need to be written and by when. A few other commissions have come in whilst I've been away so they also need to find a home in the work schedule.

Tomorrow it is back to the part-time contract and a few big projects there. Sometimes it's easier to keep going rather than thinking about what's ahead....
Posted by Sharon Stephenson at 12:06