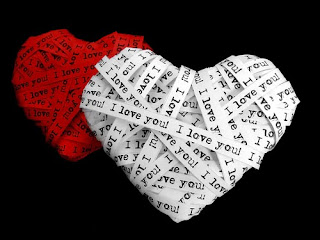 Cynicism alert: post contains content that may be offensive to those who not only require a specially designated day to express their love to their nearest and dearest, but also delight in haemorraging hard earned cash on overpriced gifts and meals (sorry, there's a lot in that sentence. Digest it slowly).

I once had a friend who likened Valentine's Day to herpes: just when you think it's gone for good, it rears its ugly head once more. No wonder it's often referred to as VD.

Shouldn't every day be romantic? Surely that would be a tad more spontaneous and believable? Instead, February 14 plays upon our romantic insecurities and gives us false expectations. Plus, I'm pretty sure St Valentine never intended for this day to be in such close proximity to crass commercialism.

Thank God for the glorious Guardian which has provided a wonderful counterbalance to the general bollockness of the day with this summation of the Brits' approach to romance:

Ask a British person for a date, and they are more likely to hand you a dried fruit. British people do not date. They pull. This rather more violent verb conveys the more chaotic approach to romance than you might have known in your home country. The British method of coupling is as follows: go to a party, get extremely drunk, drunkenly kiss someone you have been making eyes at for some time but obviously never spoke to ­because you were sober then, go home with them, move in with them the next day, marry them the day after.

Tonight, we will snog the face of rebellion and non-conformity with a number of similarly minded Anti V Day mates when we gather to drink red wine, sing bad karaoke and eat curry. We spit in your eye, St Valentine.

PS – Gina, one of my BFFs over here, is a florist and for her and her ilk, VD is critically important. Particularly in this dismal economy. So keep buying the flowers – just make sure they're not of the tacky red rose variety which are so loathsome they should be banned.
Posted by Sharon Stephenson at 06:00