This weekend we went to London, always a source of joy, drunkenness and financial ruin.
We got great value from our Oyster cards, screamed ourselves hoarse at the rugby and resisted the urge to cram the contents of every shop in Central London into the Mini.
We also caught up with my beloved friend Kurt when we lunched at one of celebrity chef Yottam Ottolenghi's chichi restaurants in Islington (Susan, are you jealous?) And it was beyond DIVINE. Here's the Animator's lunch of char-grilled salmon with celeriac, capers and tarragon remoulade, with a salad of roasted aubergine with tahini, yoghurt sauce, chilli, basil and almonds, and another of mixed green beans, quinoa, pomegranate seeds, tarragon red basil and chard. Oh and mounds of roasted potato with smoked paprika, chilli, rosemary and garlic. I would have photographed my plate but by the time I remembered I needed a snap, it had already been severely dealt to. 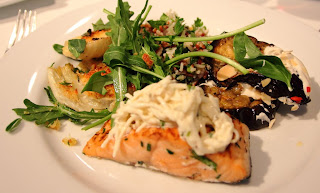 Kurt, who I worked with at the Beeb about eight million years ago, is just as wonderful as I remember and our long, liquid afternoon is how every Saturday should be. 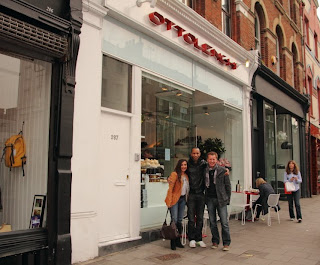 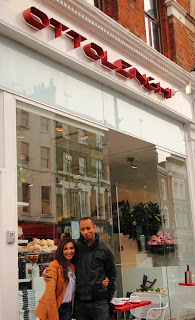 On the way back, we got caught up in the mother of all marches. Figures suggest around 250,000 trudged through the streets of Central London to protest against the government's programme of cuts to public services, universities, schools and charities (don't they have anything better to do on a sunny Saturday?) But v. exciting to see riot police tackle the violent core, to be in the trenches, as it were. I felt very Christiane Amanpour for about as long as it took to realise that having my features rearranged with a baton probably wasn't a good idea. 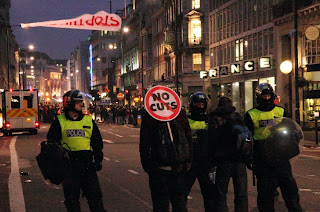 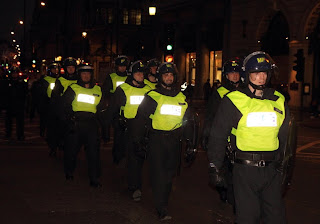 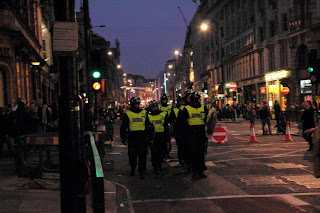 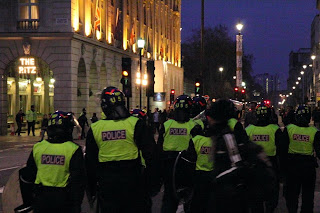 Saturday night we dined in Queen's Park with Grant, Martin's cousin who always generously lends us a bed whenever we are in town. I'm not going to lie - copious amounts of red wine literally FELL down my throat in celebration of being back in the big smoke.
After an earlier start on Sunday than we planned (thanks to the beginning of daylight savings) we headed to that glorious temple of overindulgence and posh Chelsea matrons, Fortnum & Mason, where we stocked up on enough coffee to open our own cafe - and a ludriciously overpriced hamper (that I LOVE). This gorgeous tree was in a hidden courtyard just off the tourist nightmare that is Picadilly. 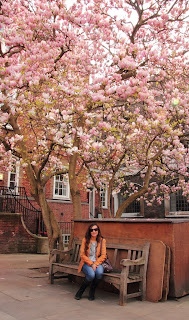 And then there was the rugby at Twickers, a ground so hallowed we almost bent down in genuflection. For some wonderfully bizzare reason, when the Christchurch earthquake devastated the Crusaders' home ground, the rugby kaumauta decided to move their Super 15 game from Canterbury to London. Random, yes, but we were the winners on the day. Our first trip to the revamped Twickenham was made even sweeter by a 42-28 Kiwi win... 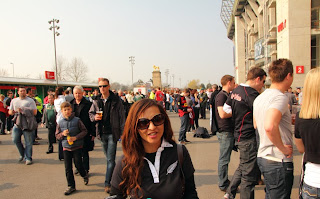 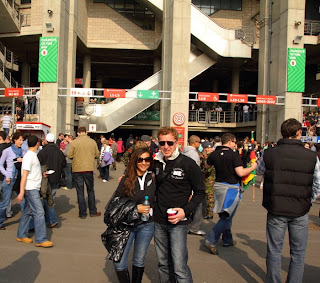 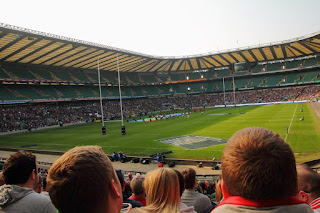 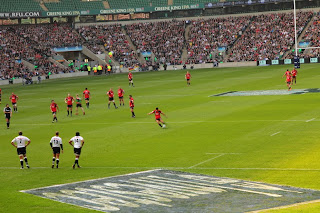 Lovely, lovely London..I love your dirt and chaos, your sparkle and your grunge. I have to say though, I love Bristol a tiny bit more and it was good to finally get 'home' about 9.00pm last night.


PS. One complaint: on the drive back the only radio station we could get was sodding BBC Radio One. Please, please make the men talking bollocks about music stop. Here's an idea: maybe play some music instead.
Posted by Sharon Stephenson at 08:13