What happens when you're a sticky beak

This morning, while waiting to meet a client in a cafe, I almost spat my coffee across the room when I heard the following conversation between two blokes at a neighbouring table. They were probably in their mid 30s, good looking and wearing clothes that, even from a distance, you could tell were good quality.

Bloke one: "Laura was fine about me having a wife, but she went ballistic when she found out about Kim."
(Presumably Kim are Laura are his mistresses).

Bloke two: "That's nothing. When my last girlfriend found out I was seeing three other women, she grabbed my iPhone and threw it out the car window. I was not impressed with that..."

In between dating most of the greater Wellington metropolitan region, and swanning about in cafes for large chunks of the day, I'm surprised these blokes have any time to sustain the elevated tax bracket they so obviously occupy.

I know how this dog feels: this is exactly what I wanted to do after hearing their conversation. And yes it makes me sound like my mother, but sometimes I despair for the human race... 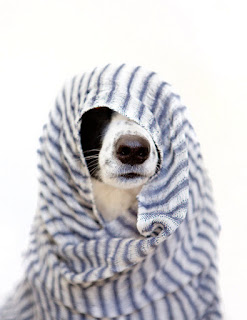