If you thought my weather obsession had run its course, you were wrong.

Today the conditions were to moist what Lindsay Lohan is to crazy. There were torrential downpours and huge walloping gusts that threatened to carry us to the South Island. Sometimes at the same time.

Not surprisingly, a friend cancelled a walk with the Hound and coffee in O Bay; instead, I spent seven hours arranging and re-arranging words on various pages.

There was tremendous news in the form of a commission from a mag I've been trying to land; I believe it's what's known in the trade as a 'big get'. I startled the Hound with my whoops of joy.

Later there was a Skype session with my beloved mate Lil in Auckland, who has not long returned from a fabulous vacation in New York. And bought a new apartment. So there was much to discuss. So much, in fact, that I didn't have time to make the lentil shepherd's pie (I can see the lips of carnivores curling from here) I had intended to make and instead had to chuck together a random assortment of rice, tuna and Thai chilli sauce.

Tonight there will be the fourth to last ep of Breaking Bad. I am already in mourning.... 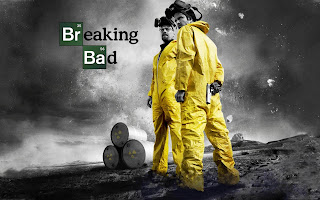 Posted by Sharon Stephenson at 20:14