Today there were 678 words written for a feature for a Sunday magazine, tedious housework and a walk to the veggie market to buy fresh flowers (which turned out to be an epic fail as by 2.00pm the flower chick had obviously grown weary of the chilly southerly and legged it. On the plus side, both the butcher and the burger guy gave the Hound chunks of meat; in his world, that's like Christmas to the power of 10).

There was also a flurry of picture moving. Yesterday the framer called to say our pictures were finally ready (question: have they joined the slow framing movement?!) including the one below which my friends Frenchie and Martin gave me when I was staying with them in Bristol recently. The new addition necessitated the moving about of art work, and much sighing from the Animator as I exercised my womanly perogative to change my mind.

And so endeth my report from the trenches of a slow Sunday. 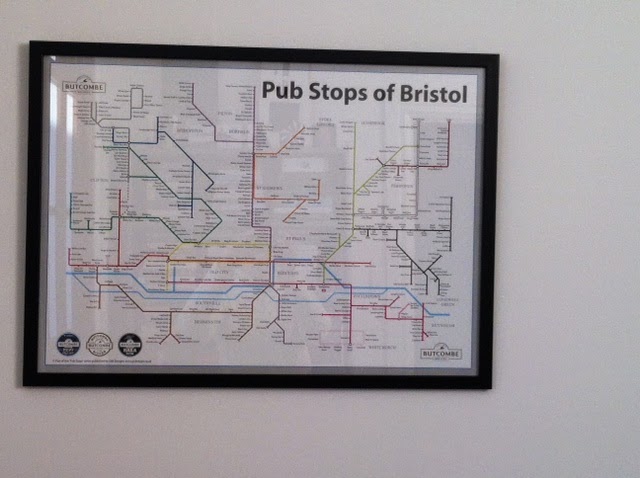 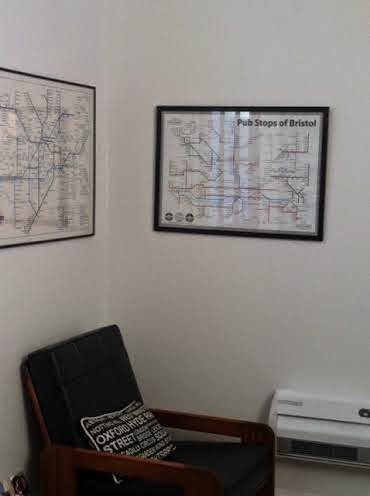 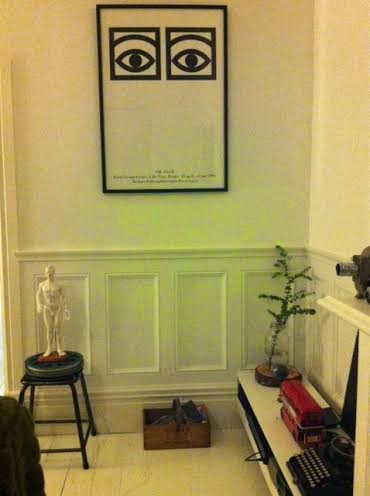 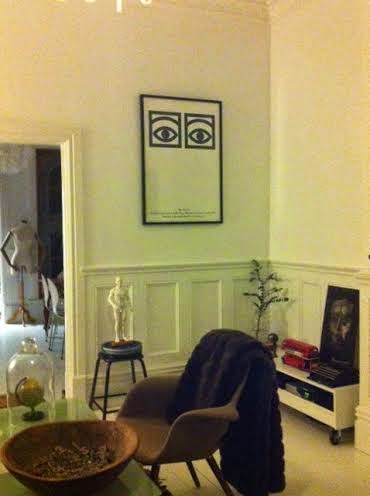 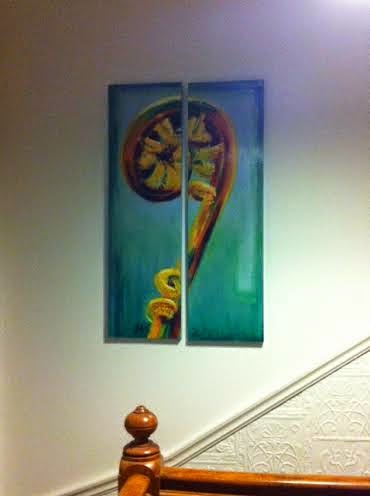 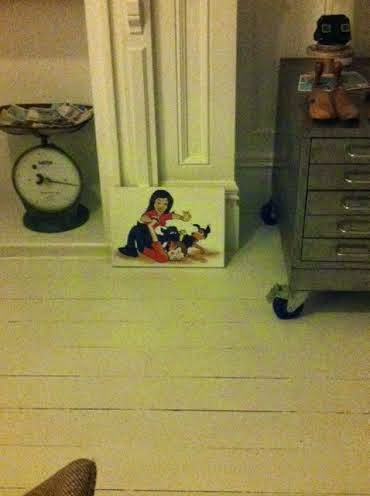 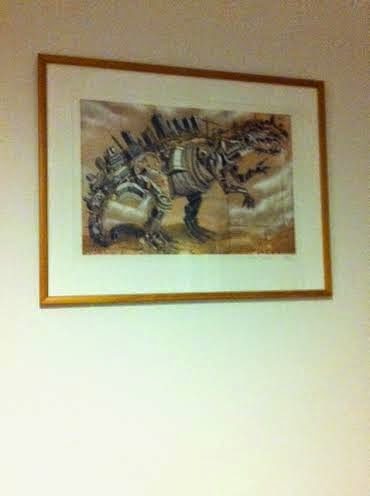 Posted by Sharon Stephenson at 21:25