A break in the traffic

I won't lie to you, the last few weeks have felt a little, how should I put it, arsey.

Blame the change in seasons or the tides or the fact that PMS has attached itself like a permanent limb to my body, but whatever the reason, since we got back from Shanghai, my happy account hasn't exactly been bulging.

But then I spent a weekend with one of my besties, Lil, on the magical island that is Waiheke. For non NZ readers, the Heke is one of the small islands that spreads across the Waitemata Harbour like a nautical necklace. I've only been there once - a few years ago when I was in Auckland for work and a journo buddy and I had a day to kill - but have never stayed there before. As luck would have it, Lil owns a couple of holiday rentals on the island, so it seemed rude not to get her some publicity by including them in the story I was commissioned to write.

The fabulous Auckland tourism PR had set us up with all kinds of wonderful, including a six course degustation dinner at a winery, wine and olive oil tasting, lunch at another winery (with views that only a fistful of places on this planet could compete with) and archery. We also had an hilarious tarot/psychic reading at the island's Saturday market where I discovered that I am apparently going to work for CNN in New York!

Lil is one of life's special people, she's generous, successful, driven and laughs like a drain. She's just started another business which deserves to be as successful as the others and, somewhere in amongst the supping of wine and hours of gossiping, we managed to devise a few initiatives which I know will work brilliantly for her.

I only need to look at the pics below and my stress-knotted shoulders immediately drop a few centimetres. Thanks to Lil, and the island, the rough edges of my life have once again been rubbed smooth. 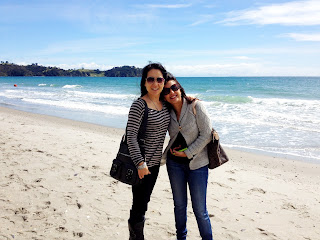 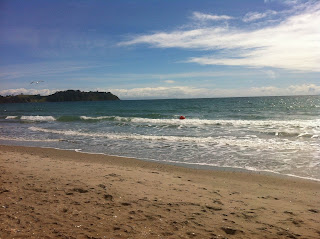 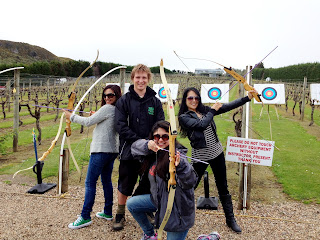 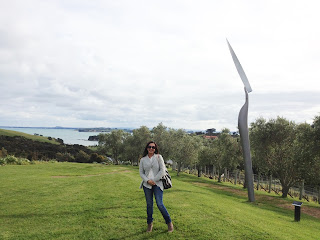 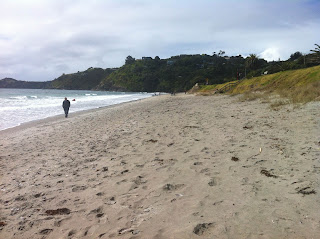 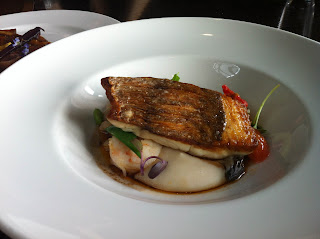 Posted by Sharon Stephenson at 20:42