Home - after a mad dash through Hong Kong Airport

If you were in the vicinity of Hong Kong Airport's Terminal 1 on Thursday night, that woman tearing up the concourse like a deranged person was me.

My flight from Paris got in late and subsequently chewed through the allocated time for my connecting flight to Auckland. There was no time for a shower, but I was damned if I was going to go without my duty free (someone once told me that HK Airport's duty free is amongst the cheapest in the world and I have blindly believed it ever since). Of course, the gate for my Cathay Pacific flight was the furtherest from the Kiehl's counter as it was possible to get. A woman in one duty free store warned me it was "too far away - at least 20 minutes walk". Did I have time to get there - stock up on I'd-sell-a-kidney-for their Ultra Facial Cream - and make it back to my gate in time? Did I heck. As me and my trolley ducked and dived (is there anything more annoying in an airport - nay, anywhere - than aimless dawdling? Seriously people, get out of my way), I made it in 10 minutes, detoured by the Clinique counter for their divine 40+ City Block and still had time to wander a few more shops near my gate. And all to save about $30.

Apologies to those whose toes I may have met in my haste.

The Animator, who had to pay for his own flights, travelled through the US and arrived home about five hours before me. So he was at Welli Airport to collect me, and had already put on the first load of washing. Bless him.

We are both shattered - and subsequently were wide awake at 2.00am. It feels like a massive hangover - but without the preceding fun time. The horrid cabin pressure has also played havoc with my skin and I am now sporting a pimple on my nose that is so big, NASA may wish to identify it as a new planet.

But it is good to be home and to see the beautiful furry one, who was ably looked after by our lovely dog/house-sitter, George. Thanks G, we owe you one. Today's image is of the two of them. 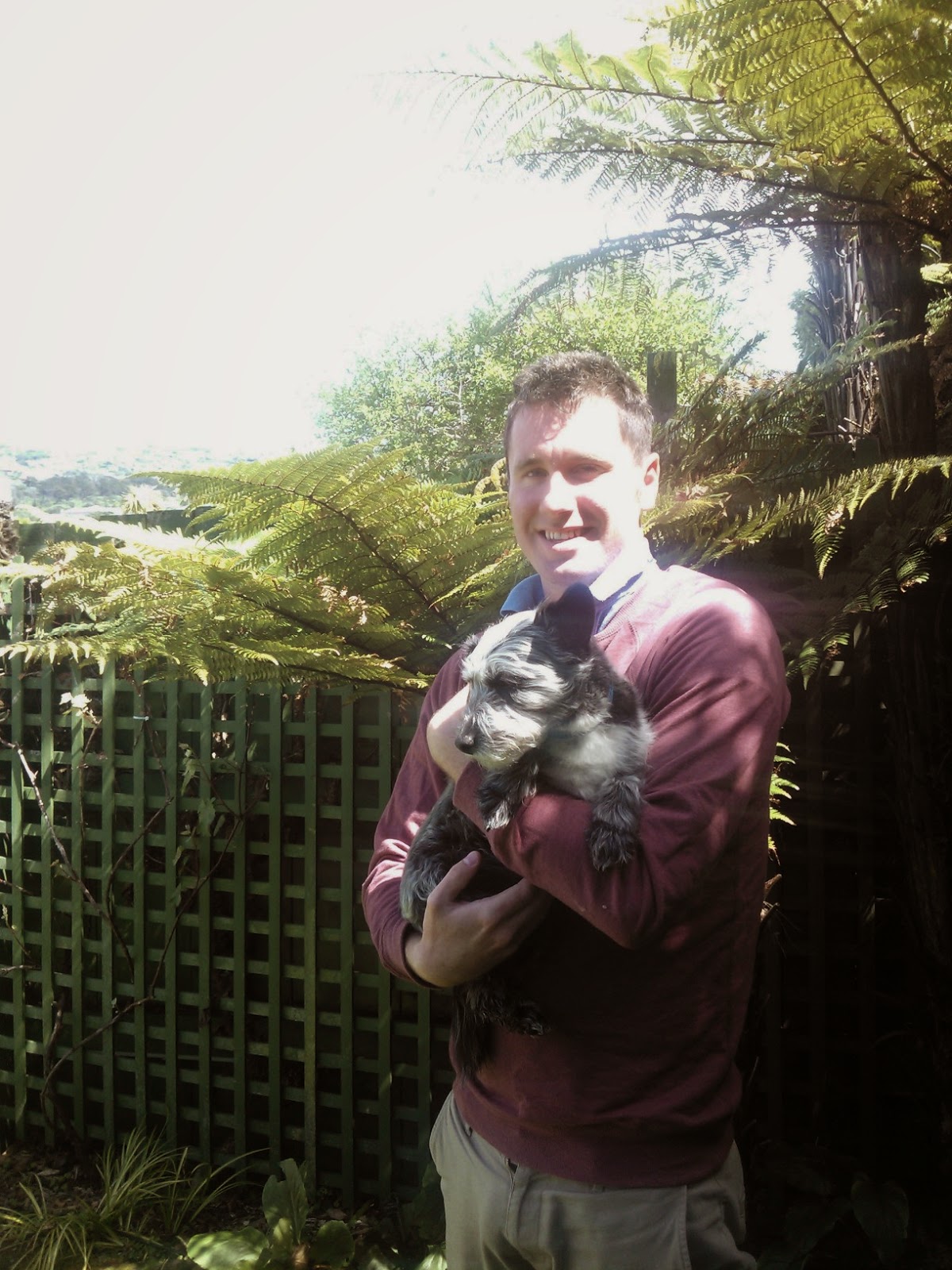 Posted by Sharon Stephenson at 11:40