One that got away

I went to journo school in Auckland wayyy more years ago than I care to remember.

Along with the freedom of being away from home for the first time, one of my greatest memories is of the fun we had, drinking, smoking and staying out far too late. One of the most memorable people from that time was a fellow student, Dean Goodman, who made it his mission to wind me up as much as possible (I was very gullible back then).

It was pretty much a love/hate relationship and after J School we both went our separate ways, Dean to become a finance reporter and me to general news reporting and, as soon as I could, to London. Eventually tiring of finance, Dean switched over to music journalism, and decided to try his luck in LA. Twenty something years later, he's still there.

Having interviewed everyone from David Bowie and Stevie Wonder to George Harrison and Whitney Houston, Dean recently published a book about his various rock star escapades, Strange Days: The Adventures of a Grumpy Rock 'n'Roll Journalist in Los Angeles.

I recently had the privilege of interviewing Dean for this month's North & South Magazine's regular slot about Kiwis who've flown the coop (click here to read).

It was fun to play catch up and to delve into his life (so very, very different from mine) and to see what really goes on behind Hollywood's glitz. Jealous much? I bloody was! 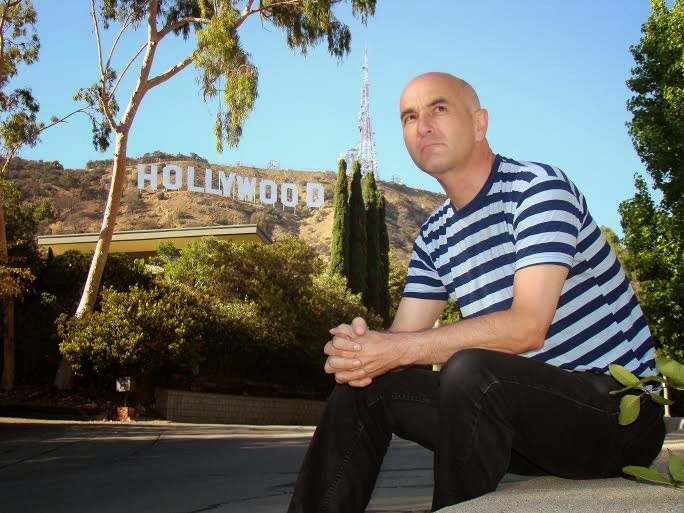 Posted by Sharon Stephenson at 19:34