Firstly, a woman randomly emailed me to ask if I'd be interested in including our house in a Home Tour as a fundraiser for something or other. Although flattered to be asked, I don't fancy the idea of folk I don't know wandering though my whare, particularly when I'm not there (which I won't be when the tour is due to take place). So I declined as graciously as possible.

The second was spending an hour or so with the delightful manager of Premier House, the official residence of New Zealand's Prime Minister, as part of the day-time PR gig. I've never been inside 260 Tinakori Road so it was all kinds of interesting to get a tour of the property and find out about working for some of the prime ministers she's served during the last 12 years. There was also oodles of insider gossip but, as I was wearing my my PR hat instead of my jouro one, I am duty bound not to repeat it. Boring I know but suffice to say Premier House is GORGEOUS and I was very privileged to wander the rooms where our PM lives while in Welli. 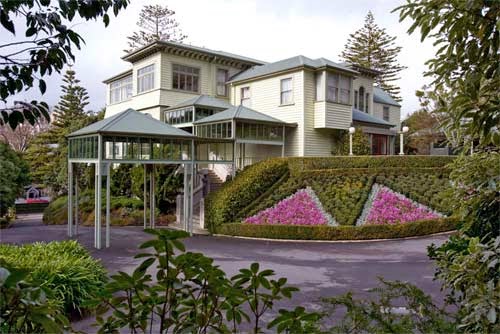 Posted by Sharon Stephenson at 19:58