The South - and gravity-defying hairdos

I finally arrived in Nashville - a day and a half after leaving Welli - and a tangle of flights and check-ins and security and filling in of forms.

Oh, and an hilarious eight hour layover at a dodgy LAX hotel, where I had to wind back my watch several decades. But it was clean and the staff was friendly and the roar of aeroplanes, not too far away, wasn't too intrusive, allowing me to grab a few hours' kip. And to have the longest shower in the history of womankind.

It got even better when I checked into my hotel in downtown Nashville this morning - there were 3,000 women from the Pentecostal church here for a conference. Which isn't interesting in itself but where it does get fascinating is that they don't believe in cutting their hair which, of course, means they end up with quite a lot of it. And then they get creative with styling, including up-dos Dolly Parton would be proud of. A unique, if slightly odd, introduction to the city.

Had a quick wander in the glorious sunshine and then collapsed in my room.

But Nashville sure looks pretty and I'm looking forward to the next few days. Only a couple of pics from today - promise more tomorrow when the Trafalgar Tastes and Sounds of the South kicks off.. 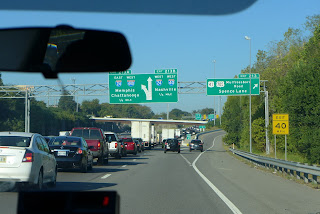 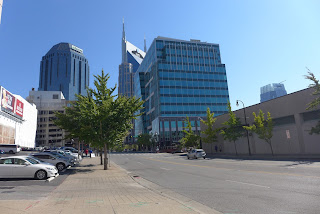 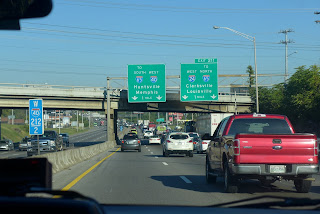 Posted by Sharon Stephenson at 13:59