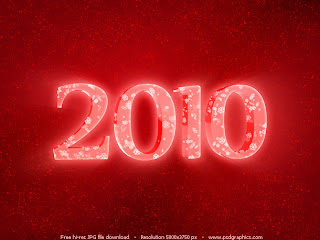 As 2010 skids towards the finish line, I thought I'd borrow a bunch of questions from a fellow Kiwi blogger. To be honest, this has been a pretty rubbish year and I'm glad its boarding pass has almost arrived. 2011: hurry up and get your arse over here.
1. WHAT DID YOU DO IN 2010 THAT YOU'VE NEVER DONE BEFORE?

Moved to Bristol, gave up my beloved dog, struggled to find a decent job, played the stock and bond market, became an editor, was made redundant, wore gumboots to walk to work in the snow, made peace with Macs.

2. WHICH COUNTRIES DID YOU VISIT?

3. WHAT DID YOU WANT THIS YEAR AND GET?

4. WHAT DID YOU WANT THIS YEAR AND NOT GET?

To keep my lovely house and poochie, a good job and house as soon as I arrived in the UK, the usual end to war, hunger and cruelty.

Security (of where I'm going to live and work), a decent house, a dog.

When we found out we were moving to Bristol - and had to turn down a job in Singapore. And the day I said goodbye to Molly - broke my heart in a way that will never totally be healed.

5. WHAT DID YOU LEARN THIS YEAR?

Uprooting my very comfortable life and starting at the bottom in a new country - yet again - taught me oceans about myself and how strong I am, how to roll with the punches and, most importantly, to shrug it off when it all turns to steaming piles of shit. I also got a tad better at walking away from people, situations and concepts that no longer served me.

On a more practical note, never to buy H&M jeans (they stretch like buggery), not to make impulsive financial decisions and good hairdressers exist all over the globe - they just take a bit of hunting out.

6. WHAT WAS THE HIGHPOINT OF THE YEAR?

Having to turn down a job in Singapore, trying to find a job in the rubbish British economy, wasting four months of my life in a horrid contract, living in the Slum, being grounded at Heathrow by snow.

Volunteering with animals, yoga, reading, keeping in touch with people that matter to me.

Drinking red wine in dodgy bars, wasting time and energy on jobs and people that didn't deserve it; hopefully next time I will be able to walk away more quickly.

10. DID YOU SUFFER FROM ILLNESS OR INJURY?

Apart from the usual sore throats and sniffles, no thank goodness.

11. WHAT WAS THE BEST THING YOU BOUGHT?

What a question to ask someone with a PhD in retail! The highlight of my time in the UK has been propping up the ailing economy, so all the clothes, shoes, handbags and household stuff fall into this category. God only knows how I'm going to shunt it to the other side of the world.

Other notables include our cute car (always wanted a Mini), a GPS (we'd still be trying to find our way out of our street without it) and my tiny-but-perfectly-formed Samsung Notebook. No more lugging around stupidly large laptops for this girl. Oh and lots of dosh also went to line the pockets of airlines and hotels.

People who don't walk on the same side of the footpath they drive on (yes locals, I'm talking about you!), cold weather, breeders with screamy, uncontrollable kids, bastards who do unthinkable things to animals, whoever screwed with the economy, my boss at the previous horrid contract and rude, inconsiderate people.

14. DID YOU ACHIEVE YOUR NEW YEARS RESOLUTIONS THIS YEAR? AND DO YOU HAVE ANY FOR 2011?

Yes, we made it overseas and had some adventures, so well done us!

2011: getting more stability in my life (of where we're going to live), finding a better house, putting the breaks on the wanton spending and making my life complete with a dog.
And, it makes me sound like friggin Pollyanna, but being thankful for all that I have...
(Pic: PSD Graphics)
Posted by Sharon Stephenson at 09:13