Last night, we became the 13th country in the world, and the first in the Asia Pacific region, to legalise same-sex marriage.

It was a triumph for equality and justice, a confirmation that love knows no gender, race or religion. How smug am I that I live in a country where same-sex love is recognised by the law as the same as anyone else's?

I remain mystified that in this day and age there are people who want to stop a loving and committed couple from marrying each other. Last night, their bigotry and arrogance suffered an epic fail. The nation that was the first in the world to given women the vote (1893, since you asked) has once again shown itself as progressive and tolerant.

Tonight, I raise a glass of superb South Island Pinot Noir I've been saving for a special occasion to a country  I am so proud to call home. 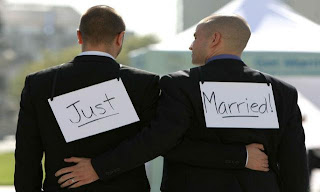