Begging for a waistband amnesty

This morning at work, someone had the inspired idea of doing a cronut run. You know cronuts, the 'new' cupcake that foodies everywhere have clasped to their increasingly ample bosoms?

They're basically the love-child of a donut and a croissant but with custard injected into them. A calorific cuddle and heart attack in equal measure. Last month in Singapore I consumed my first - a salted caramel number that was nice but, frankly, a little faddish and more than a little fattening. I was happy never to walk in the valley of the cronut again.

But today the boys decided to check out a new bakery's deep fried offerings, so off they trotted and came back with these chocolate, vanilla and lemon delights. As I'm trying to claw back my running fitness, I opted to share one with a pod buddy. Which turned out to be the right choice when I saw these monsters - probably double the size of their Singaporean cousins. And the resulting chocolate/carb coma wasn't nearly as bad, either.

Tonight, before the rain set in, the Hound and I legged it up a series of hills to try and work it off. I'm hoping some kind of balance has been achieved... 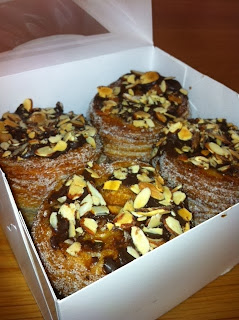 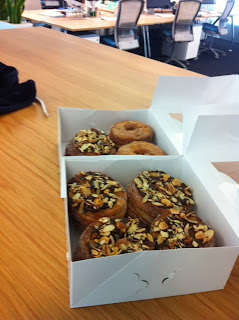 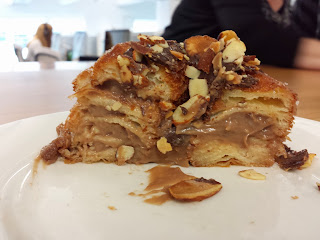