A study in unhelpfulness - and the coolest dog ever

I have spent large,very frustrating chunks of today trying to glean the simplest information/stats for a story from a large, unfriendly organisation which is, unfortunately, the gatekeeper of said info.

I have, subsequently, dealt with more idiots today than anyone should ever have to. It feels as though a Fools Convention is in progress and I have landed in the midst of it.

While I was put on hold for the umpteenth time, I amused myself with imagining the process that job interviews in this organisation must follow.

"How would you describe yourself?" "Stupid". "What's your feeling on customer service?" "Eh? What's customer service?" "Do you think it's your job to be helpful?" 'Helpful people should be put in front of a firing squad, then set alight". "Great, you're hired."

Also while on hold by a shining example of the above, who told me she'd only started yesterday and so "knew nothing" (presumably why she was hired), I found solace in this graphic which someone sent me. It's obvs intended to highlight all the things banned from the area but instead it makes the coolest dog ever. I want one NOW. 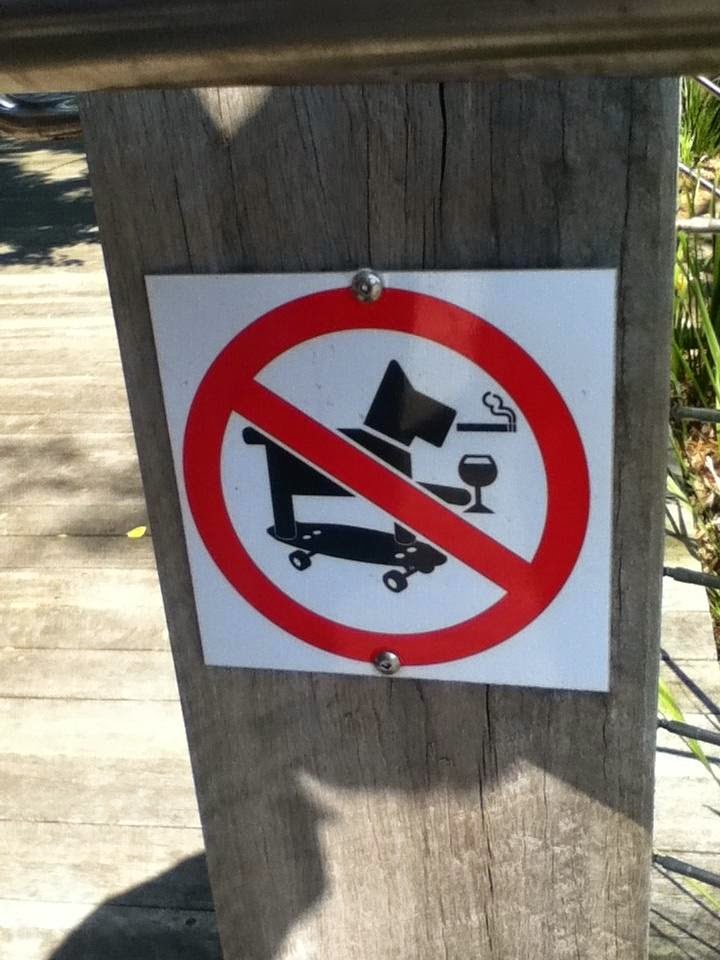 Posted by Sharon Stephenson at 16:42