There was an early start this morning for the three hour drive from Delhi to Agra in Uttar Pradesh state.

I was haunted by memories of the last time I made this journey 20-something years ago: of pot-holes you could fish in and half of the world's population - and their cars, rickshaws and livestock - travelling along it. But in 2010, the Yamuna Expressway was opened, a six-lane 165km stretch of asphalt  heaven (the numerous tolls mean only a few cars travel it). Which not only shaved hours off the journey, it also meant better driving conditions than we have in NZ.

Picking up our local guide, we toured Itmad Uddaula, or the Baby Taj, as it's known where, hilariously, one of my jandals was stolen by a monkey who had to be bribed with food to return it (apparently a common trick of these furry devils). We then plunged back into the local melee (the Animator spotted one auto-rickshaw crammed with about 15 people) for the drive to Agra Fort, another stunning Murghal structure built by Nur Jahan in the 17th Century for her father.

It's been a bit of a slog, wandering around these buildings in the 43+ degree heat. It's like being smothered by a particularly warm duvet. But in a few weeks we will back in the teeth of a cold southerly so I'm not going to complain.

We are about to head back out into the sauna for a 'sunset' tour of the Taj Mahal. It's what everyone comes to India for and I'm so looking forward to my second visit. 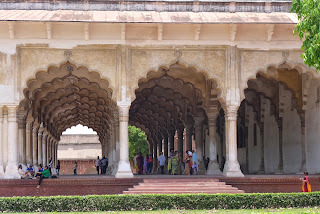 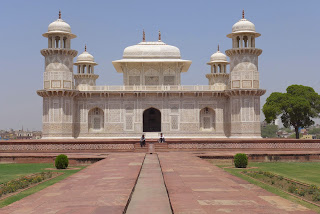 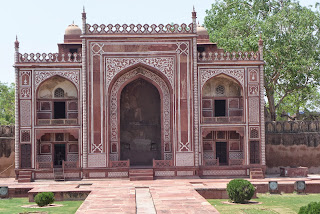 Both of us hard at work (me filling my notebook with words to be moulded into about seven stories when I get home and the Animator snapping away). 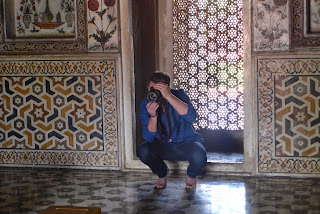 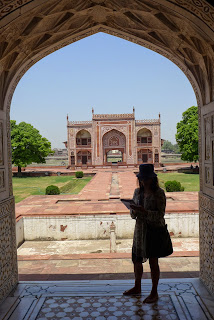 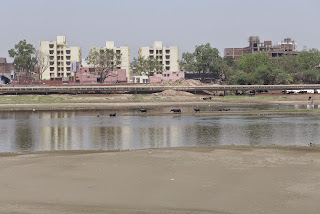 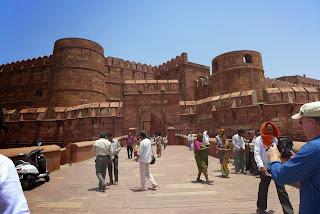 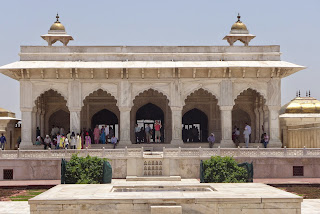 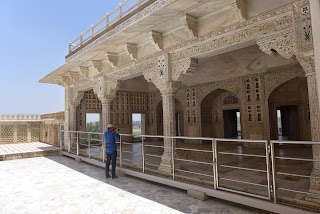 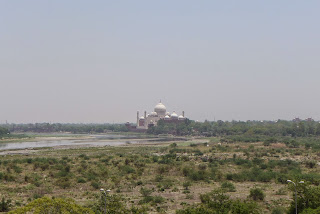 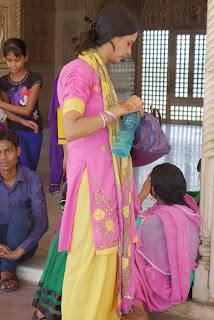 Posted by Sharon Stephenson at 22:53