We spent Monday night at the gob-smackingly beautiful Samode Palace, about an hour north of Jaipur. Built as a Rajput fort by the local royal family, it was converted into a luxury resort in the 19th Century. Today, its marble floors, mosiac walls and mirrored ceilings give themselves up to anyone with deep pockets and a desire to be utterly spoiled.

I've never stayed in a palace before, and probably never will again, but holy crap it was stunning. 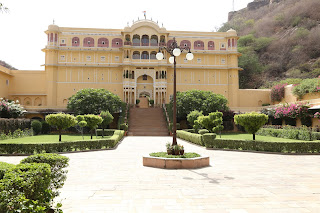 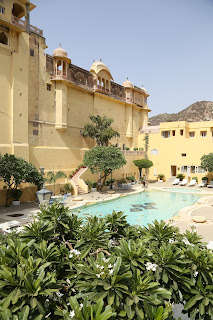 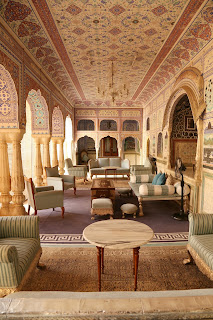 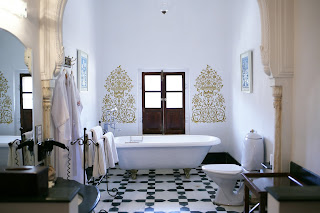 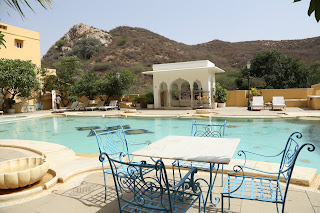 Later, when it got a bit cooler (as in 38 instead of 44 degrees!) we did a tour of the tiny Samode Village. There wasn't much to see but we  met some of the locals and joined in a game of cricket with the village kids. The colours in Rajasthan though are outstanding - a clash of bright yellows, reds, greens and pinks that could only work under an Indian sun. So from a photographic point of view, Samode Village was truly an over-achiever. 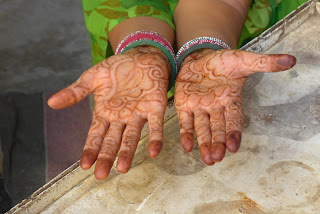 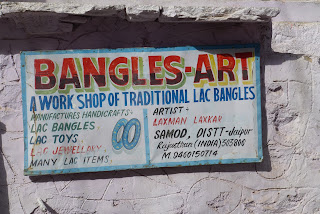 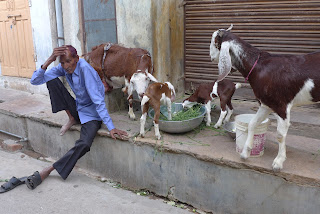 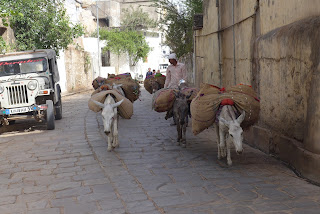 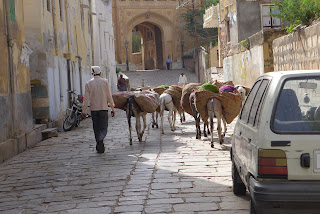 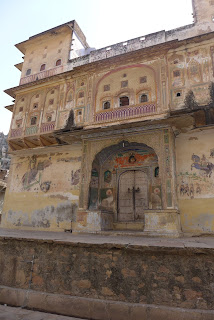 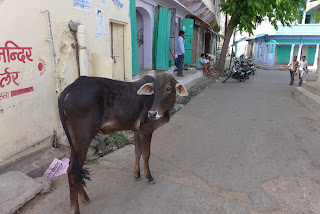 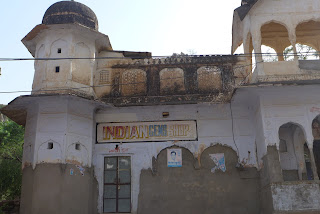 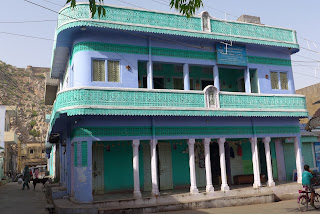 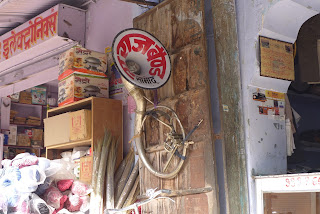 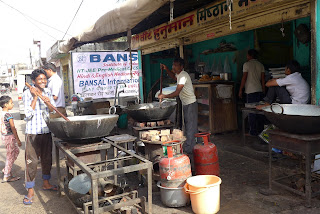 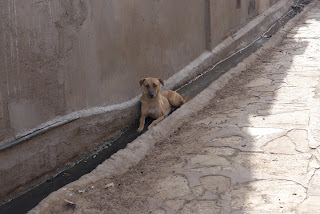 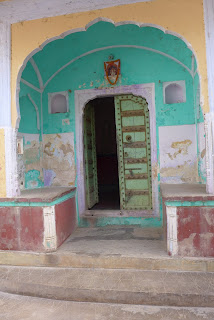 Posted by Sharon Stephenson at 19:51