On the slightly surreal five-and-a-bit hour flight from Singapore to Delhi (cue a loud and protracted fight over the seating arrangements of a large wedding party and passengers ignoring almost every crew instruction, including wandering around during take off and landing) we arrived in the crazy, busy, incredible capital of India (did I also mention it was 32 degrees at 5.30am which climbed to 43 degrees a few hours later?!)

It's been more than 20 years since I was last in India and so, so much has changed, including the impressive Indiria Gandhi International Airport which was thrown up in a frothing zeal of construction prior to the 2010 Commonwealth Games. Our lovely guide and driver from Adventure World, our sponsors for this media trip, were there to meet us and, given the early hour, it took only 30 minutes to get to our gorgeous hotel, The Park New Delhi

After breakfast, and the oddly addictive sour lime juice, we showered and slept for a couple of hours before we, our driver and guide played a six-hour game of chicken with the cars, trucks, rickshaws and dogs/oxen/residents of this fascinating city. Attractions included the impressive India Gate, India's largest mosque, the Jama Masjid Mosque, and an eyebrows-at-the-top-of-head cycle rickshaw ride through the tangled lanes of Chandni Chowk, a local market where we avoided being road-kill so many times, I do believe I am now the possessor of several more grey hairs.

Oh and there was also an hour spent at the UNESCO site of Humayun's Tomb, a stunning stone and marble love letter from the Murghal Emperor Humayun's wife (as opposed to the Taj Mahal which was built by Shah Jahan for his beloved dead wife, Mumtaz Mahal. Incidentally, Humayun's Tomb is modelled on the Taj, which we visit tomorrow). History lesson over.

A fun first day - and so full-on we didn't have time to give into jet lag. In fact, the only negative so far has been the stray dogs. From the moment we stepped out of the airport and spotted a dog asleep on the airport forecourt, I have been focusing all my Jedi powers on ignoring the canines that wander all over this city. Most people pay them no mind and, to be fair, none look terribly skinny. But several have mange and god knows what else. It breaks my heart but I promised the Animator I would NOT obsess about every dog I see and so I am trying ever so hard to keep my word.

But that aside, we are having a ball. I can't believe I left it so long between drinks. Here are a selection of images from today - the Animator, of course, has the best ones on his camera but hopefully my snaps provide some idea of the magical day we've had.

The view from our hotel - check out the smog/haze. 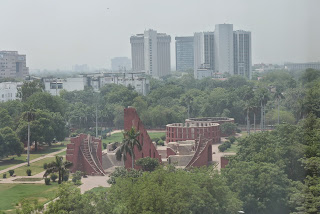 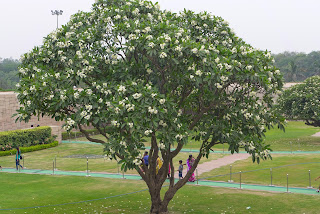 The view of Old Delhi, from the back of a cycle rickshaw 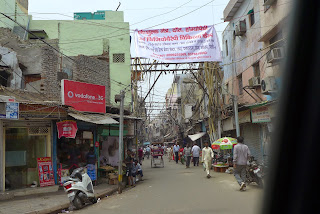 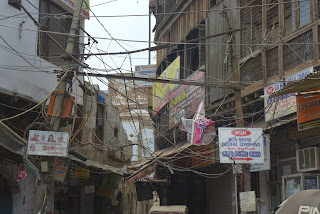 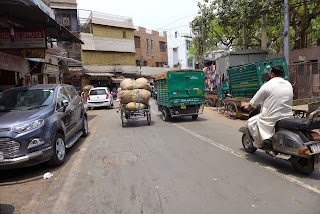 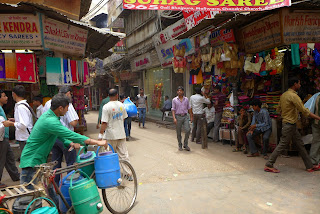 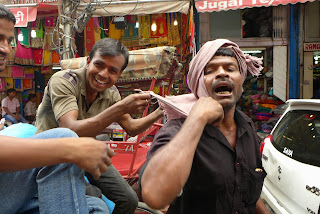 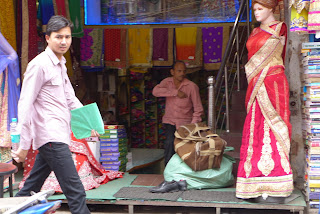 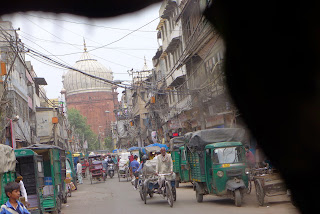 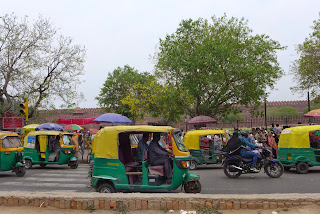 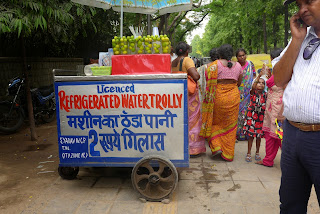 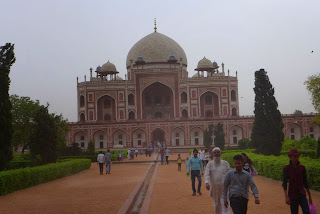 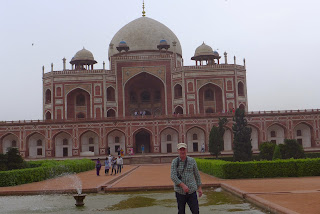 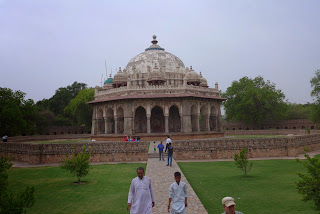 Posted by Sharon Stephenson at 02:23