What kind of yolk is this? 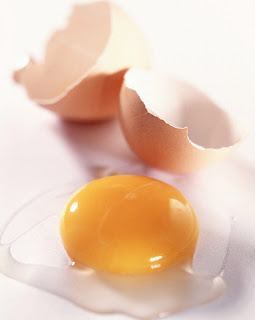 I have just endured the longest and most tedious conversation with a gent from a shipping company about cubic metres, twatting quarantine regulations and duty charges. Seems that because we have been out of NZ for less than 21 months, they want to sting us with duty fees. WTF? Mr Shipping thinks that as we are almost at that point, we may be able to get around the charge. I am now officially ready to poke my retinas out.

Being stranded on depression island without a ferry home ain't a swell place to be. Thank god for The Guardian which today brought much needed relief with this wee gem:

Egg throwing is claiming success in the first round of its fight to be officially recognised as a sport. Sport England has agreed to reconsider an application for four of the sport's five disciplines – throw and catch, static relay, target throwing, egg trebuchet – to be declared legitimate sports. Sadly, Russian egg roulette failed to make the grade.

And the World Egg Throwing Federation's reaction to Sport England's momentous decision? “It's a great day for athletic endeavour,” said Andy Dunlop from the Federation. Presumably without irony.

If you need me, I will be lying down in the drawing room...

Posted by Sharon Stephenson at 01:13