If you find yourself in possession of a day off, rising mercury and a desire to fossick in second hand stores, you could do worse than to head over to the Wairarapa, a rural-ish settlement about an hour north of Welly.

Earlier this week, the clever Animator won an auction for three vintage wooden rulers on Trade Me (NZ's lame version of Ebay). Seeing as we both had today off, we schlepped over the hill to pick them up. It would have been rude not to check out the plethora of vintage stores along the way, and have very average veggie nachos in an old Masonic lodge that the waiter (who insisted on calling us 'Bro' at every possible opportunity) reckoned was haunted by a woman named Mary. 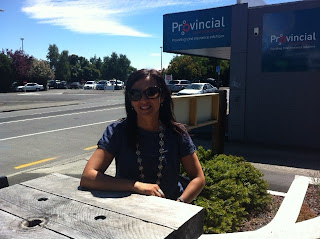 But it was worth it, because the rulers look pretty spiffing in their new home. 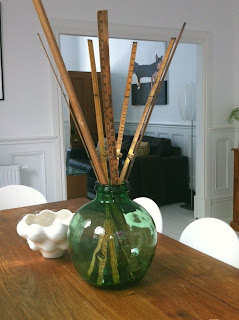 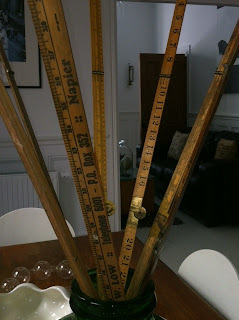 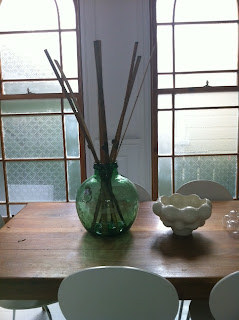 Posted by Sharon Stephenson at 17:42