Back in October, I was asked to write an obituary for the Animator's former colleague and mentor, Euan. We also attended his moving memorial service (link here).

As we were leaving the service, I told Viv, Euan's widow, that she was welcome to visit any time. Tucked into the grim nest of grief, it's the kind of throwaway remark people often make. But I'm glad Viv took us up on the offer and yesterday she and her daughter, her husband's American business partner Gina and her doctor paramour, joined us in the just finished back garden to eat cake and blueberries, to drink wine and catch up on the past few months.

Viv had recently returned from sprinkling her husband's ashes on his family farm in the South Island and was now bravely Getting on With Life. I was in awe of her strength and resilience, of her ability to hold it together in the face of such raw, spiky pain. Without realising it, I had been holding my breath, careful about the conversational minefields we walked. But there was no need: Viv was candid about Euan's illness and his death, about the ways in which it had turned the pocket of her life inside out. We also laughed a great deal and I was reminded of how, in the end, there is nothing for it but to start to heal, to move on. Viv is one of the most serene and gentle women I know; there is much I can learn from the quiet and dignified way in which she deals with life's crap.

Today's visuals are of the reworked back garden and the adorable woofer. Santa was kind to the Animator, delivering a shiny new camera, so the Hound and I are currently spending large chunks of the day trying to avoid being photographed. The Hound, it has to be said, is much less successful than me... 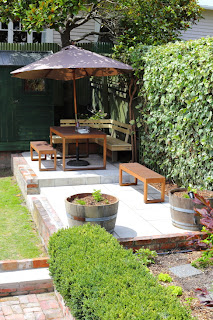 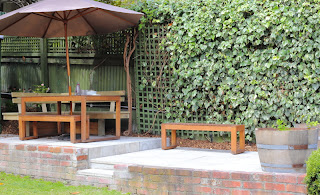 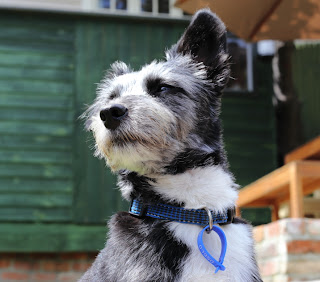 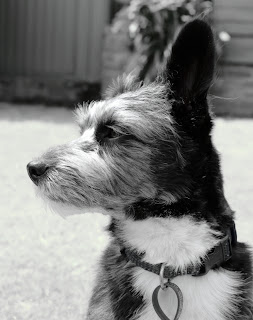 Posted by Sharon Stephenson at 13:13