Every Wednesday, on the first of my weekly working from home days, Bristol and I head out around the waterfront for a run. It's always carefully timed to avoid the office hoardes that engulf the route between noon and 2.00pm, unravelling the serenity with their too-bright lycra and four-abreast approach.

And even though the Hound can't go off-leash, he loves these jaunts, stopping far too often to sniff the pavement, pee on lamp-posts and scold seagulls, innocent bystanders who irritate him beyond all reason.

Today we ran in full sunshine, the rain of the last few days having gone to bother someone else. And as Bristol squinted and I thanked the inventor of sunglasses, we passed a couple of old fellas fishing off the side of the promenade. Nothing unusual about that - there were at least half a dozen blokes doing the same - but these two chaps were dressed in a manner more suited to the cafes of Milan or Paris: well-pressed pants, crisp white shirts, highly-polished shoes and one, bless his heart, even had a cravat thingy around his neck. And while they waited for fish to nibble their lines, or do whatever it is fish with a death wish do, they played chess on an old wooden board spread on the seat between them.

As we passed them, they smiled at me and paid their respects to the Hound. What struck me was not so much their slightly incongruous outfits but how peaceful and comfortable they looked. Like they knew the secret to the universe and it amused them no end. It was charming and glorious in equal measure.

Perhaps I'm getting soft, but in that moment, I wished some of the old boys' serenity, their knowledge of their place in the world, could be transferred, osmosis like, to me. And no, I haven't been drinking; quite the opposite actually, as my January detox is going gangbusters and I remain an alcohol-free zone. Yeah, I know... 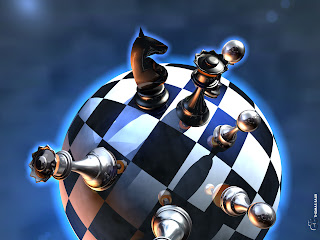 Posted by Sharon Stephenson at 17:50