Things I really should be doing right now:

1) going for a run
2) finishing an article on vasectomy (I shit you not), and
3) writing a grocery list.

1) tootling around food blogs, looking for a way to use up the bowl of strawberries that is currently holding high-level talks with mould
2) wandering around the house, picking up the Hound's toys and pressing them to my chest like a lunatic. And saying to nobody, "Gosh the house feels empty without him".

Post script: When I picked him up, the groomer asked if she could keep him. We really are the luckiest folk on the planet to be in possession of such an angel. Here's what he looked like at 8.00am, and then rocking  his newly shorn look an hour or so ago... 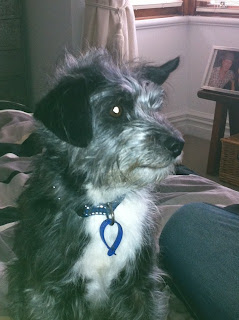 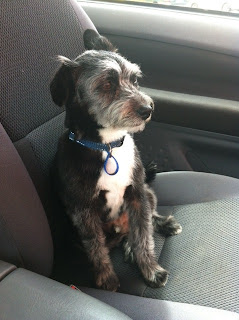 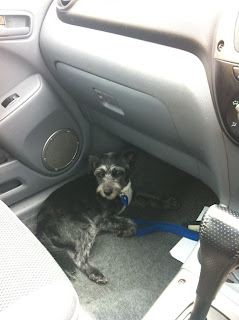 Posted by Sharon Stephenson at 18:58