And now to work

These words are being brought to you from the 15th floor of the glorious Gateway Marco Polo Hotel in Tsim Sha Tsui, where skyscrapers cling to the edge of Kowloon and there are so many luxury shops they should really rename 2014 the Year of the Handbag.

My suite smells of the orchids that housekeeping diligently water each morning; it is luxurious and decadent and, were it not for the fact that I miss my two boys terribly, I would be tempted to barricade the doors.

My interviews for Urbis Magazine are now done and dusted and the credit card hasn't melted but it's been a close run thing.

I have accepted the fact that the gadding about has to stop; I am now holed up in my room doing captions for a magazine story that was due two days ago and cracking on with the first of my HK stories that has to be filed very, very soon.

I am also trying, and failing, to ignore CNN and its relentless coverage of the missing Malaysian airline. Tomorrow night I have to climb aboard one of those big silver birds....

In the meantime, a couple more random photos of things that tickled my juvenile sense of humour (and one of some arty thing outside Zara). I have become so spoiled by the Animator and reliant on him taking photos that I keep forgetting to whip out my phone. 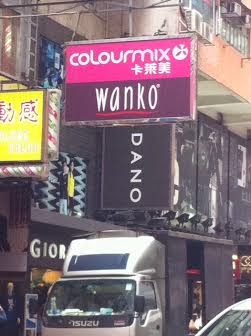 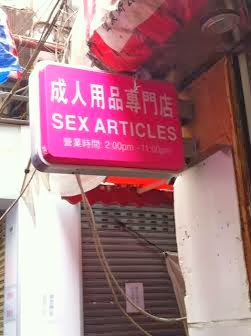 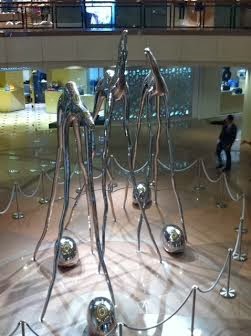 Posted by Sharon Stephenson at 20:24