Here come the men in black 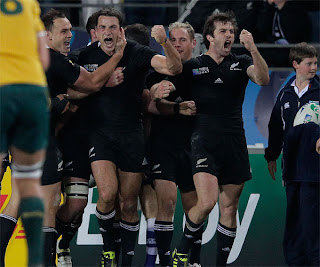 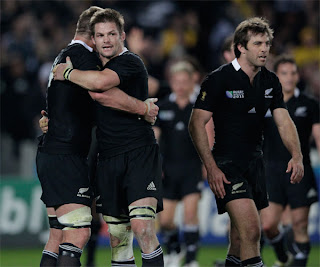 An Englishman, a South African and an Aussie walk into a bar...

...in the departure lounge at Auckland Airport!!!

At one place I worked in the UK, I had to endure months and months of jumped-up Brits telling me that NZ was rubbish at rugby, that England was the best team in the world and that we were chokers.

If they were watching last night, they would have seen what real rugby looks like – and heard the collective sound of four million people exhaling.

On a purely personal level, the gratuitous shots of SBW and Richard Kahui (even with their shirts on) was the cherry on top of a rather magnificent cake.

Twenty-four years after NZ and France played in the inaugural RWC final at Eden Park, the two sides meet again next weekend. We're not there yet and if the French bring their A game, anything can happen.

Posted by Sharon Stephenson at 11:09