The Animator has been out melting the credit card, blissfully unaware that in approximately three weeks (or thereabouts, I can't be arsed emailing my accountant to ask), I will be required to hand over the entire contents of my bank account to the tax man.

His first purchase was this stupid teevee (asking what's wrong with the old one fails to elicit any response). It's big, ugly, dominates the room and contravenes every interior design bylaw. He initially wanted to buy an even bigger one; I told him he could do so if he agreed to move into the garden shed.

One useful thing his spending spree did yield was this tablet; am tried of lugging my laptop around on my travels so although we didn't need it, and it's a bloody waste of money that should really be earmarked for the government (in your eye tax bastards), at least it falls under the 'useful' category.

On the plus side, I have pretty much kept to my stupidly overwrought work schedule; another two phone interviews done today, another two stories almost complete. I think that deserves a gin... 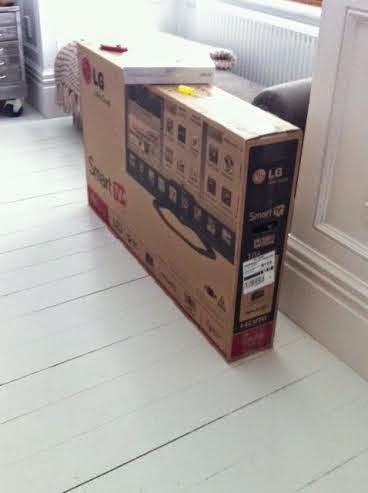 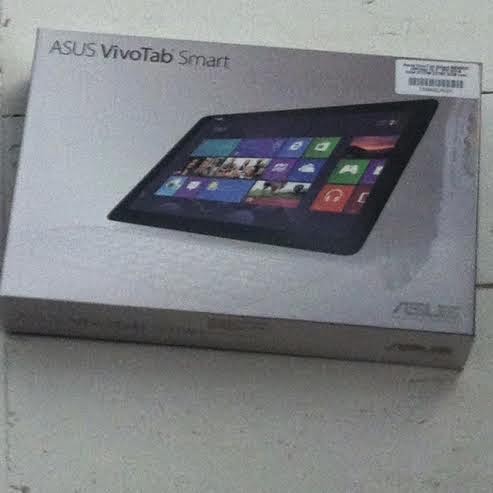 Posted by Sharon Stephenson at 16:54