Sore and a random celebrity sighting

Today the sky was a ridiculous shade of blue and the golden orb was having a moment.

As is usual for one of my working from home days, I took the Hound into the Town Belt for a run. We met several doggie/human friends and our usual half hour jaunt turned into an hour. On the way home, however, it all went a bit pear shaped: I tripped over an exposed root on the path and literally flew into the air. Two scraped palms, a cut leg and bruised chest later, we limped home.

Feeling sorry for myself, the rest of the day was spent head down, butt up, working. Later, there was a bracing walk on the south coast with my two favourite boys. And who should we run into but Sir Ian McKellen, back in Welly to do pickups for the Hobbit. Not only was Gandalf pleasant, his companion patted Bristol and called him "a real cutie". As much as I wanted to scream "I am a journalist and I'd love to interview you", I managed to keep it in check.

On reflection, not a bad Friday at all... 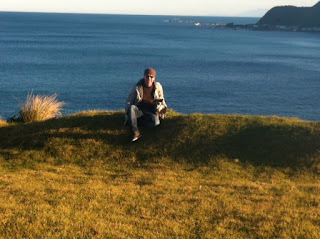 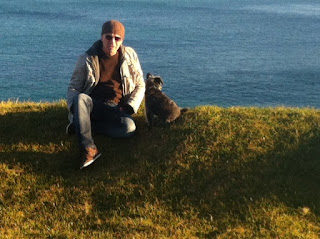 Posted by Sharon Stephenson at 20:30