Having a free feed and writing about it 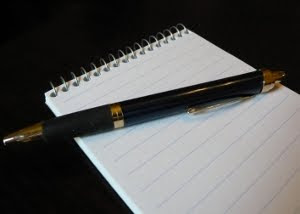 Back when Michael Jackson was still wearing his own nose, I lived in London and spent my days working as a sub-editor for the BBC. At night I freelanced for any number of publications, filing travel pieces, profiles and features as well as reviewing posh West End shows, CDs, dodgy bands in smelly pubs and new restaurants. All these years later, I'm still deeply enamoured with the concept of moonlighting: not only did it help pay off two mortgages, it also keeps my writing fresh and bequeaths all manner of freebies.

Today I received three new commissions from a glossy food mag. Along with the usual profiles and features, there was a request to review a newish restaurant on the fringes of Bristol. It's been a long time between drinks, but I'm looking forward to once again dipping my toes into the food critic pool.

I also promise not to scoff everything in sight and then spend more time with my head down the loo than Victoria Beckham does. This once happened to me at the launch of a London eatery where, instead of being a diligent wee journo and jotting down clever observations about the food and beverages, I spent most of the night slumped in a toilet cubicle. I blame numerous cocktails and seven courses of rich food consumed at speed.

Posted by Sharon Stephenson at 00:15