Has been a frantically busy week so apologies: have only now gotten around to downloading these pics. Last Saturday was Aardman's open day, where selected family and friends were given a backstage pass to the new feature film, Pirates!.

This included visits to the model making dept (interesting factoid: 893 separate 'mouths' have been created for Hugh Grant's pirate captain alone), as well as on set to see how a stop-motion feature is filmed, and all manner of areas in-between.

Sadly, we weren't allowed to take photos, but managed to snap a few in the foyer (chocolate fish to the first person to spot the Oscar in the wall cabinet). The Animator's cousin Paula and her husband Charlie, dyed in the wool Aardman fans, flew over from Belfast especially for the event and were so excited they needed a lie down after! Or at least a couple of restorative ciders. It was oodles of fun and good to see what my significant other has been toiling over for the last 14 months. 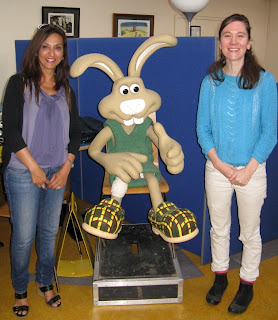 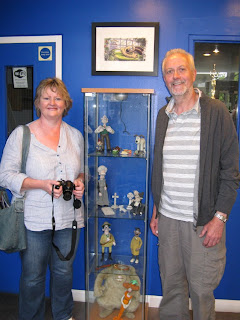 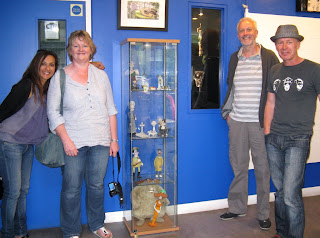 Sunday we took our guests to Bath for a fleeting visit. The fact we spent more time in the pub having lunch than we did on the tourist treadmill says something about the wind which almost sliced us in two. A lovely time was had, but it would have been nice if the South West could have gotten off its arse and strung together a few warm days. The calendar might say Spring but someone obviously didn't get the memo... 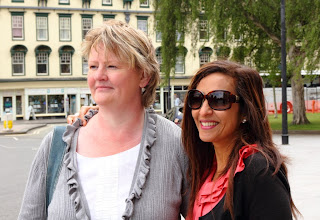 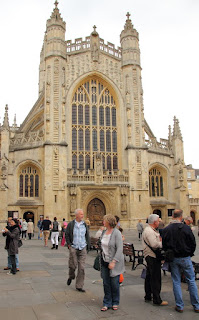 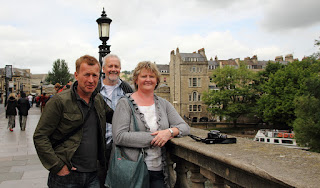 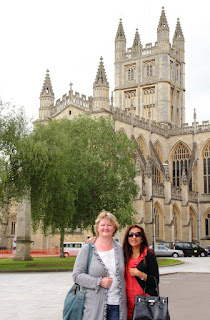 Posted by Sharon Stephenson at 03:51