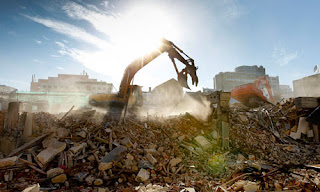 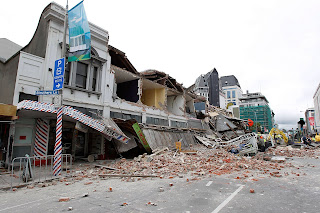 On Wednesday, as part of the new gig, I flew to the embattled city of Christchurch to attend a couple of meetings and work with my southern colleagues.

As part of my visit, one of my colleagues gave me a tour of the damaged parts of the city. Apparently a lot of the buildings felled by the September 2010 and February 2011 quakes have been torn down/repaired. However, the devastation that still exists, particularly in the city's 'red zone' literally took my breath away. Even taking photos felt wrong (hence the accompanying Google images). My heart goes out to the people of Christchurch.

“We need to wait a few minutes for them to return and push us back and then we'll be on our way,” he told the bemused passengers.

Posted by Sharon Stephenson at 19:14