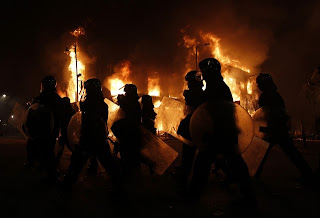 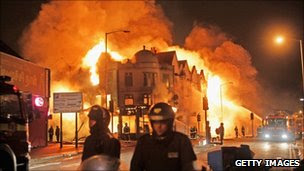 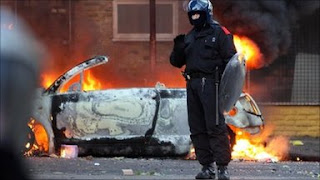 It's been a tough old week watching the city I called home for more than four years burn to the ground.

And even harder to see the deep well of hatred and anger that bubbles beneath the surface of so many lives. The desperation and absolute disregard for anyone but self, the brushing aside of any notion of right and wrong, the distancing from basic concepts of respect and humanity. Sometimes I don't understand my species at all.

One of the most shocking incidents was the woman who blogged about an anniversary dinner that turned to horror as looters smashed windows of the Notting Hill restaurant before stealing wallets, watches and wedding rings from diners. The kitchen staff, who bravely chased them off with knives and rolling pins, deserve a medal from the Queen. As do those who turned up with brooms and rubbish bags all over Britain to clean up the mess.

This telling observation of looters' preferences appeared on Twitter: Currys (electrial appliance store) was ransacked while Waterstones (book store) was left completely unscathed. Maybe if these a*seholes read a few books they might feel less inclined to behave in such an appalling way.

I'm so glad friends all over the UK are okay...the thoughts of the world are with you.