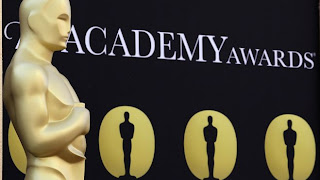 So neither of the two feature films the Animator worked on, The Hobbit or Pirates! A Band of Misfits took home any little gold men (even though Pirates most certainly should have).

One of our things is to try and see as many of the Oscar nominees as possible. I've already banged the drum for Life of Pi and the other night we saw the extraordinary Flight. Denzel Washington plays the role of an alcoholic pilot whose real 'flight' is from reality, via drugs and alcohol. Washington was robbed of the Best Actor award; robbed, I say. He is amazing and charismatic and a hugely flawed character. Probably best not to watch it before hopping on a plane, though.

On Saturday night I tried, and failed, to watch Lincoln. I wanted to like it - this is, afterall, the story of one of history's most famous Presidents as he tries to abolish slavery, end a war and unite a nation. Maybe you have to be American to really get it, but oh my stars, I've had more fun bleaching stains out of teacups while staring at a brick wall.

Posted by Sharon Stephenson at 20:56