I'm up in Auckland tomorrow for another roadshow (for the day gig) but, in true Shazzy style, have managed to blag a media junket. Cue flashy hotel, tickets to shows, an art exhibition, a food walking tour, lunches, dinners etc in return for nice story. Seems a fair exchange and an exceedingly pleasant way to spend my birthday.

The only downside is that the Auckland tourism PR wants me to do a Harley trip around the city; apparently the company who runs the tours is moving into Welly later this year and it would be great advance publicity, yada, yada. Except I abhor and fear motorbikes, following a particularly bad experience with an ex boyfriend and a ride from hell through central London. Having such a 'thing' about bikes means I am unable to go anywhere near one. Which, of course, hasn't endeared me to the PR folk but oh well, broken eggs, omelets,etc.

Instead, we've gone for a more sedate segway trip around Devonport which, if the rain Gods play nice, should be fun.

We've also scheduled a catchup with my gorgeous friend Lil and the Animator's siblings, as well as a spot of shopping.

Will admit, though, to a nagging worry about Mr Bristol: it's the first time we've left him in the six months we've had him, but we have friends staying and they adore him so hopefully he'll be fine. And it's a good test run for the San Francisco trip which is only a couple of weeks away...

No blog for a few days but will bore you with pix next week. Wherever in the world you are, hope your weekends are filled with fun and laughter. 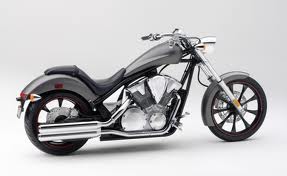 Posted by Sharon Stephenson at 19:36