Last night we folded ourselves into the Welsh Dragon Bar (the Southern Hemisphere's only Welsh bar, in case you were interested) to watch several men, and our crazy Welsh friend Ani, have their heads shaved to raise dosh for Shave for a Cure, Leukaemia and Blood Cancer NZ's flagship fundraising event.

Along with the auctions and raffles (the Animator won a Converse bag and a cupcake), shedloads of money was raised. There was also oodles of laughter. And red wine. And only four hours sleep. Not quite sure how I managed to stay awake at the gulag today.

But it was a great night and I salute Ms Ani's bravery and willingness to support something she believes in.

Apols for the rubbish quality of pics - its what happens when you try to operate a camera after too many wines. 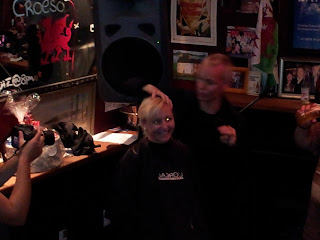 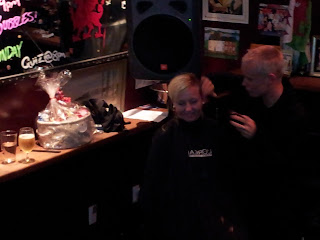 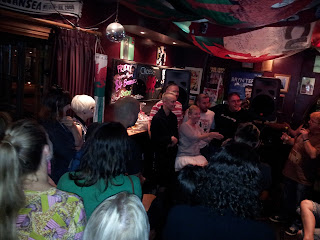 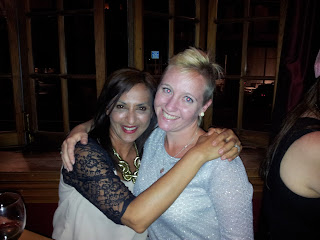 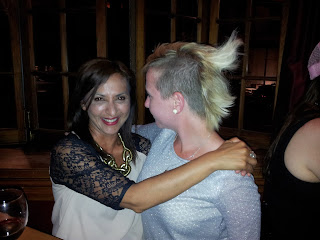